Sales tax up in Picayune and Poplarville for May 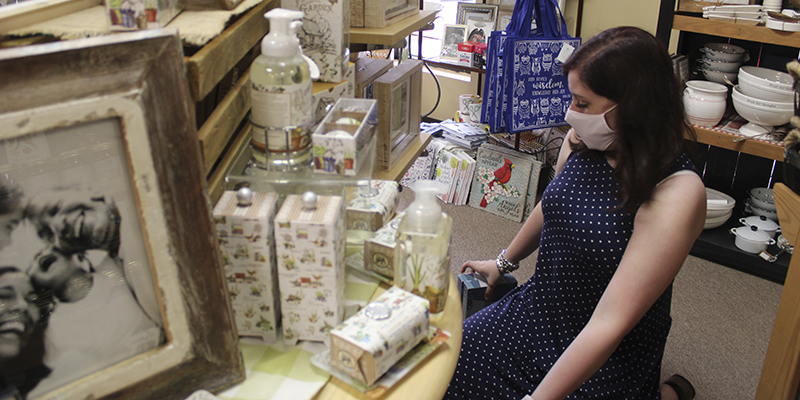 Mackinse Craddock restocks picture frames at MeLinda's Fine Gifts on Thursday in preparation for tax free weekend. Despite the pandemic, the city of Picayune collected more in sales tax for the month of May. Photo by Cathy Cook.

Sales tax in Picayune and Poplarville in the month of May outperformed the same month of the previous year, in spite of the ongoing pandemic.

Some of the cities in neighboring counties are seeing decreases in sales tax diversions. Biloxi received $944,240 for sales tax collected in May compared to the $1.2 million collected the previous year, while Bay St. Louis collected $145,544 compared to $150,048 in 2019.

Others have held steadier, like Hattiesburg, which received $1.94 million from May sales tax, compared to $1.95 million in 2019.

Mississippi’s most populated city, Jackson saw a decrease compared to last year, receiving $2.3 million in sales tax diversions for May’s sales compared to $2.4 million in the same month of 2019.