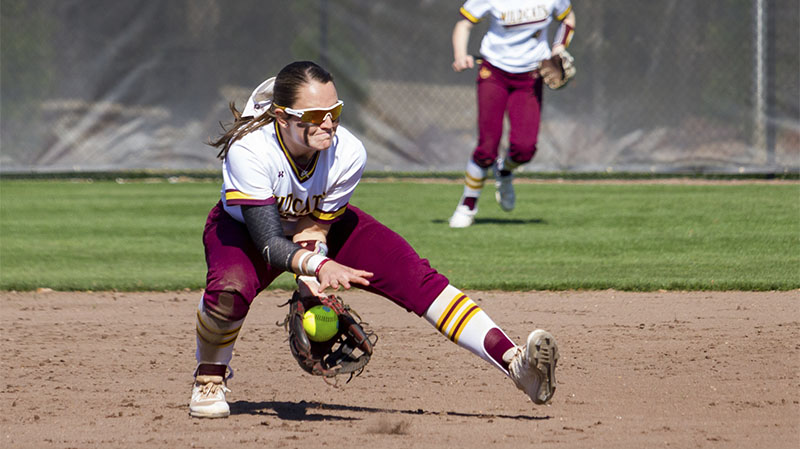 Join The Team: A showcase gives players a chance to impress PRCC's coaching staff, which could lead to more opportunities down the line.

Approximately 50 athletes showed up for a high school softball showcase over the weekend that was hosted by the softball program at Pearl River Community College.

Head Coach Christie Meeks said the program has held showcases in the past, and while last year’s attendance was about 80 athletes, she had a feeling the lower numbers were due to COVID-19.

Because of the ongoing pandemic Meeks said there were several health guidelines in place to make sure the showcase went smoothly and safely.

All attending coaches were given masks and the athletes were separated into teams prior to the camp starting so as to limit the number of players in a space together.

Athletes had their own bottle of water instead of communal drinking stations, and Meeks said the equipment used was wiped down and disinfected regularly throughout the showcase.

The first half of the camp was about drills and recording tangible statistics like arm strength and speed.

The second half of the camp focused more on competitive play as four teams scrimmaged each other during the waning hours of the afternoon.

Meeks said it’s important to have the showcase on campus because it allows potential prospects to check out the facilities.

“It gives them an ease (in pressure) and makes them feel more at home. I love having showcase camps because it tells me which girls want to see that part of our program. Those are the ones who sign up and those are the ones we get to look at because they want to be there,” Meeks said.

Not only does the showcase allow athletes to spend time on campus, but it can also lead to some new finds for the coaching staff.

Due to COVID-19, recruiting was shut down for an extended period of time during the spring, so now Meeks and her staff are trying to make up for lost time.

“It gives us a chance to look at girls you may not have looked at before. There are a lot of positive things that come out of having a showcase,” Meeks said.

The athletes attending the camp saw the majority of their seasons cancelled last year because of the pandemic, which means the showcase may have been the first time some of the athletes had been on the field for an extended period of time.

Meeks said giving the athletes the opportunity to play again was another big aspect of the desire to put on the camp.

“The biggest thing is that we try to make everything as normal as possible in the very unstable world we live in right now. If we can be normal and go with the flow, then that’s what we’ll do,” Meeks said.

Meeks said the support from the school’s administration and Mississippi Association of Community Colleges was helpful in getting the showcase set up.

Meeks said it was important the camp took place, not only from a recruiting and exposure perspective, but also so the athletes would once again have the feeling of playing softball again.

“I’m very thankful for our administration and the MACC to allow us to do things like this. (It’s important) to make the girls feel a sense of normalcy and feel a sense of safety to be able to continue to do what they love, but do it in a safe environment,” Meeks said.