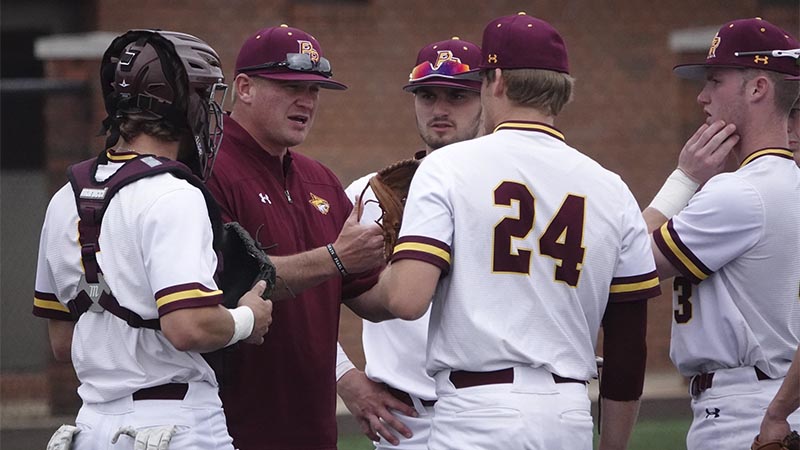 PRCC Head Coach Michael Avalon said 85 athletes signed up to be part of the showcase that started at 10 a.m. and lasted until 2:30 p.m.

There were several COVID-19 related guidelines in place including the observance of social distancing, screening for symptoms and removal of water coolers.

Instead athletes were given their own bottle of water and asked to stay 6 feet apart when possible.

The 85 athletes who attended amounted to a larger group than usual for a showcase, which Avalon contributed to COVID-19’s restrictions.

“I think because of a lack of activity over the past few months we had a larger group. I think people were wanting to get out and do something,” Avalon said.

The showcase itself was modeled after a pro-style workout.

Players were split into position groups where specific drills were used to measure each athlete’s speed, arm strength and defensive skills.

Avalon said the longest portion of the showcase was reserved for pitchers as they went through a 15-pitch bullpen session.

There was also batting practice so the coaches could analyze players at the plate.

“We do set it up to where all the college coaches get to see all the parts of the showcase, so every player is showcased in front of who is there,” Avalon said.

Coaches can use the showcase as a way to identify potential prospects.

While it isn’t common, Avalon said there have been times when a player was offered a scholarship based off of their performance at the showcase.

If a prospect is deemed too good to pass up, and could be stolen by another program, then PRCC makes sure to be proactive.

“I think it’s a tremendous help to athletes to be identified. This is where we get a chance to see guys for the first time, a lot of the time. Not always will we make a determination of a kid at a showcase, but what it does allow us to do is identify them and say we need to see this kid play baseball,” Avalon said.

The athletes benefit by gaining exposure and the programs benefit by getting a good look at prospects who may have never been on their radar before.

After losing a good portion of last season and a significant period of recruitment, Avalon said this year’s showcase had more importance placed on it than ever before.

“I think there was a little more focus because we haven’t been given the opportunity to see as much baseball as we have in the past. There were a lot of guys we had never seen before. The majority of guys (at the showcase), if not 90 plus percent, were unknown to us,” Avalon said.