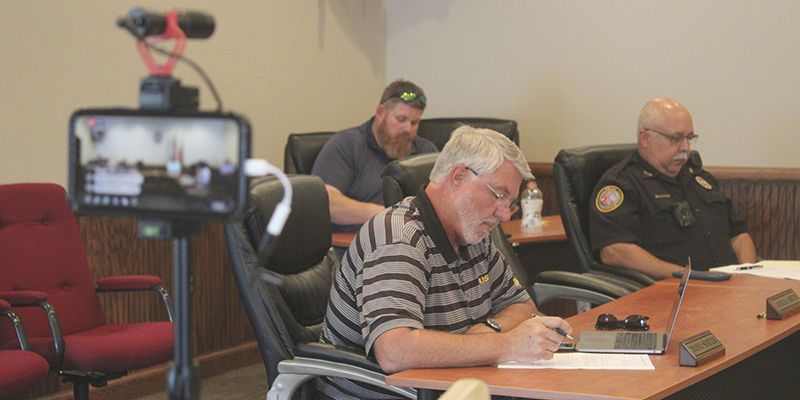 Poplarville Alderman Tony Smith resigned Wednesday after being appointed to the State Parole Board. The city will need to hold a special election to replace Smith. File photo by Cathy Cook.

The city of Poplarville will need to hold a special election to fill a seat on the Board of Alderman that was vacated July 15 by Tony Smith.

Smith resigned because he was appointed to the State Parole Board on Wednesday by Governor Tate Reeves, and he is not allowed to hold elected office while serving on the parole board. Poplarville residents will need to elect a new alderman to serve the final year of Smith’s term.

Smith said he was surprised by the timing of the appointment, but has a desire to serve the state.

“I think it might be a pretty important board to sit on, to make sure people who deserve a second chance maybe can get that and those who maybe don’t have the behavior to deserve that, they remain,” said Smith.

The parole board includes five members and reviews cases of people who have been incarcerated and are up for parole.

The Board of Aldermen will consider setting a date for the special election at their next Board meeting Tuesday. City Clerk Jane O’Neal has recommended Tuesday, August 25 as an election day based on the legal requirements for when the election must be held. If that date is approved, candidates would have to qualify to run by 5 p.m. on August 5.

To get on the ballot, a candidate must have a petition with 50 signatures from registered voters who reside in Poplarville. Candidates have to submit a statement of intent along with their petition. The candidate has to qualify at least 20 days before the date of the special election.

Absentee ballots will be available after candidates qualify.

If only one candidate qualifies they are appointed to the position, and if no candidates qualify, the Board can appoint someone to serve the remainder of Smith’s term.

The city typically uses paper ballots and hand counts them for special elections, said O’Neal, which reduces the cost of holding an election. The city is able to use paper ballots because it typically has low voter turnout.

The city will be providing required personal protection equipment to poll workers, said O’Neal,  and steps will be taken to protect both voters and election workers from COVID-19. The logistics of how that will be done is still being worked on.

O’Neal said she appreciates the assistance and expertise the city gets from Circuit Clerk Nance Stokes, her staff and the county election commissioners. The Circuit Clerk sends the City Clerk supplies, provides the poll book and sets up the ballot in the state election management system.

The city held a special election in 2018 to fill a vacant seat on the Board when Alderwoman Margaret Smith resigned from her position. Alderman Russell Miller won that election with 148 votes in a race against David Glenn Bolin, who received 121 votes, according to previous coverage.