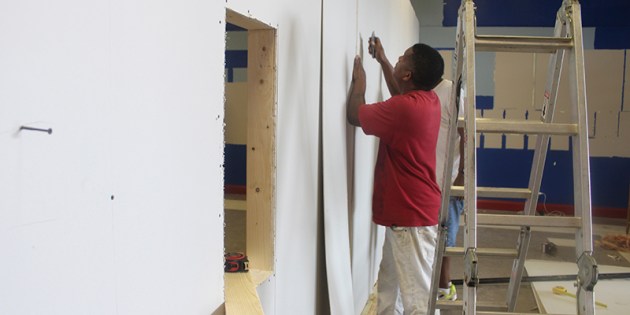 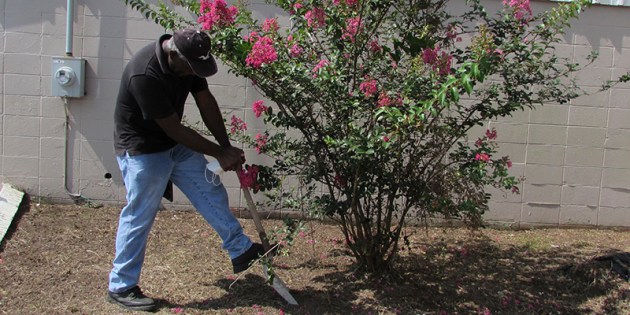 Volunteer: Along with prepping for paint and waxing floors, volunteers cleared a raised garden bed to put in new landscaping at the Picayune Carver Culture Museum. Submitted photo 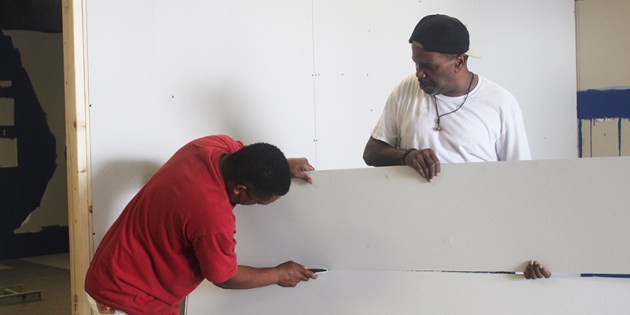 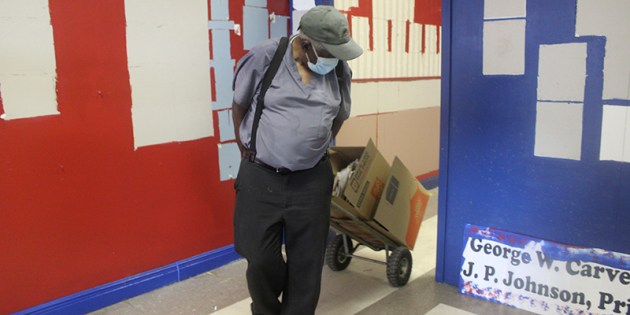 Volunteers were at the Picayune Carver Culture Museum by 7 a.m. Saturday to help revitalize the space during a restoration day.

Photos had been taken down off the museum walls and exhibits had been packed away to keep them safe during the work.

“Hopefully, it will make the museum a whole lot more interesting so that people will want to come in, and so that we can keep it open five days a week,” said museum director Vinner Scott.

Previously the museum was only open to visitors three days a week. The museum began in the mid-2000s and is the only remaining business in the Mississippi Mall, located at 1308 South Haugh Ave.

The Picayune Carver Culture Museum preserves the history of George Washington Carver, a Black school in Picayune. The school closed in 1970 when local schools were integrated. The museum also documents the history of Black owned businesses in Picayune and the many contributions Picayune’s Black community has made to Pearl River County.

The museum’s board began renovations in November and exhibits were closed to the public earlier this year.

Troy Scott and Juan Batiste were busy measuring and cutting thin pieces of wood to create a new interior wall where artifacts can be displayed.

“I’m trying to get the kids somewhere where they can get off the street and do something positive,” said Scott.

The local museum is a valuable resource for kids in the community, he said.

“We can’t make the world a better place, so we’re trying with Picayune first,” said Batiste.

Along with erecting a new display wall, volunteers prepped the red and blue walls for fresh paint, waxed the museum floors, prepared the space for new electronics, repaired a decorative well in front of the museum and cleared a planter for new flower beds.
Other organizations pitched in to help, like Yune-ify.

“Miss Vinnie’s been helping us the whole time since we got started,” said Yune-ify organizer Sabrina Staples.

Along with updates to its physical space, the museum’s volunteers are also updating some of its exhibits, said Vinner Scott.

“We want to be able to make an impact for the city to come in and see what we have. We have some awesome stuff,” she said.

The museum may be able to hold a grand reopening after a month or two of work, said Scott.