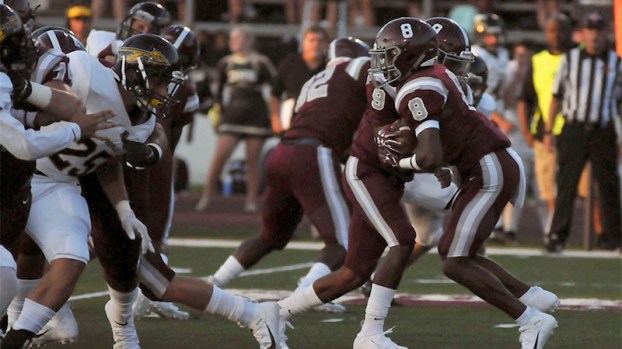 Delayed Start: The football season will be delayed by two weeks due to COVID-19. Photo by Jonathan Mitchell.

The statement said: “Practice for cross country, swimming and volleyball can begin August 10 with competition among schools permitted starting August 24. Practice for football can begin August 17. Football scrimmages between schools are allowed beginning August 28 with games starting September 4. The football playoff and championship dates are unchanged. Games scheduled for the first two weeks of the season will not be made up.” There were several options on the table for the MHSAA when it came to deciding how to handle the restart of fall sports, but the organization came to the conclusion that delaying the season two weeks would provide ample time to adjust to any new information regarding COVID-19.

MHSAA Executive Director Don Hinton said the organization has been in contact with health experts throughout the decision making process to make sure any plan had the athletes’ safety at the forefront.

“We’re going to do what’s best and safest for students, keep in touch with those who are in the know and take our lead from them. We feel good about the decisions we made yesterday and moving forward,” Hinton said. The decision to only delay, and not cancel, the fall seasons has been well received as programs dreaded a repeat of what happened to the spring seasons that were cancelled last year.

Hinton said throughout the process that those affected by the MHSAA’s rulings have understood the reasoning behind the organization’s decisions.

Now coaches and players will be able to have some sense of normalcy by returning to their sports and competing once again in the fall.

“Everybody understands (the situation) and everybody has different opinions, but they do understand that it’s always about the safety and welfare of the students and community as a whole,” Hinton said.

However, Hinton said the MHSAA was wary of doing that because if it became necessary to shut down sports this fall, some athletes would miss out on two seasons in a row.

Not only that, some coaches are in charge of multiple programs and those schedules would be ruined if certain sports seasons ended up overlapping.

There are still discussions ongoing on what health guidelines will apply to the programs this fall, and that includes possible attendance limits as well.

Tuesday was a busy day for the Deep South Collegiate League as there were six games that took place between... read more