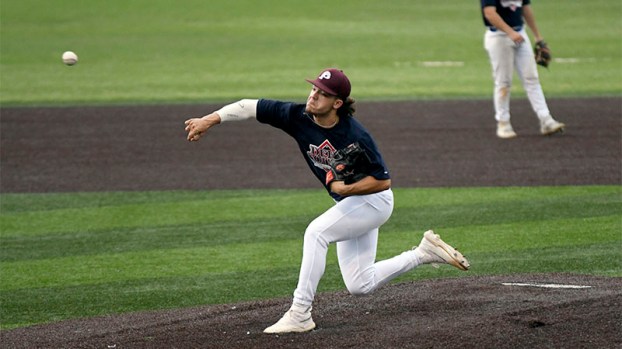 Turnage has the second highest batting average on the team, hitting .571 over the span of three games.

Jonathan Parker said his team’s loss didn’t come without some positives, including the progression the players are making on the field.

Having had a couple of months off players had to shake off some rust, but now the players are looking like themselves as they try to improve their skills.

“That’s what this summer league has been about is to get better no matter what. There are people not playing and they’re not getting better, so if you take a day off you’re putting yourself in a hole. To be honest my whole team came out ready to play,” Parker said.

The two teams were tied heading into the fifth inning before Team Bartlett had an offensive awakening, scoring six runs in the inning to seal the victory.

Canaan Ray played center field for Team Bartlett and the former Poplarville Hornet went 1-3 at the plate with one RBI and a strikeout.

On the opposite side, Blaise Breerwood, another former Hornet, provided some offense for Team Larson going 1-3 at the plate with a strikeout. Max Bartlett said his players have gelled well since the season began.

The team is made up of athletes who, for the most part, had never played together before.

While there were some hiccups at the beginning, Bartlett said the team chemistry is continuing to improve and it’s showing in the team’s results.

“As we’ve played the relationships have gotten stronger and we’re all able to joke around and still be serious about the game. I enjoy being around these guys and look forward to following them as their careers go on. I think a lot of guys are excited to be out of the house and back on the baseball field doing what they love to do,” Bartlett said.

The Mississippi High School Activities Association met Tuesday to discuss a variety of topics, including how fall sports might change... read more