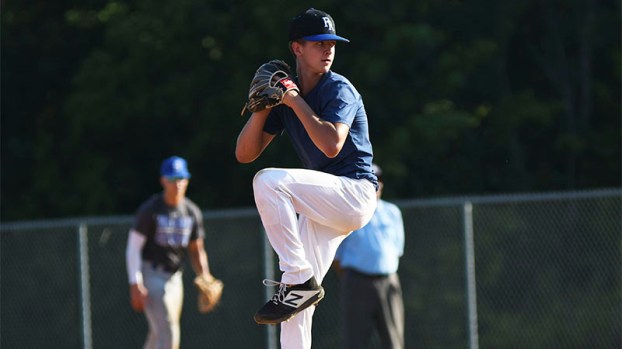 Local baseball programs preparing for the start of school

The Pearl River County, Poplarville and Picayune school district varsity baseball programs are getting ready for the fall in different ways.

As the summer winds down more baseball players are returning to their high school programs after spending the past month taking part in summer ball.

This means the coaches now have a better understanding of where athletes stand in their development, and what aspects still need to be worked on.

Head Coach Slade Jones said his players spent the summer in a variety of ways, so he’s had to make sure when an athlete returned from a summer league or vacation they’re on the right path.

Each athlete spent the summer doing their own thing, meaning Jones now has to work to make sure his athletes get on a uniform schedule everybody is able to follow.

However, it’s a tough position to be in after having lost last season, and the reps that go with it, to COVID-19.

“What makes it so difficult to judge is they had all that time off in the middle of the season when they should’ve been playing. They had a big layoff in the meat of the season, then came back on the mound pitching (during the summer) and are staying on later than you normally would. It’s going to have to be something we really sit down and think about,” Jones said.

There will be a rest period, especially for pitchers, when school starts back up.

The athletes will spend the majority of the first month back conditioning and weight lifting, before then transitioning back to the field and practicing ‘live’ situations.

This allowed some of the players to make up for the reps they lost due to a cancelled season, and also gave Head Coach Neil Walther a chance to evaluate his players. Walther said some position changes took place over the summer as he looked to develop each athlete’s full potential.

Walther said the biggest benefit of getting reps in during the summer is that the players get an opportunity to make mistakes in non-competitive environments, then learn from them.

“We kind of turned them loose and then when they make a mistake we can explain why that wasn’t a good decision,” Walther said.

As the team moves into the fall, Walther and his staff will give each player a personalized card that outlines three things the athlete needs to work on.

The fall will be about individual growth and development, especially considering there will be players having to adapt to a new spot on the field.

“You might have a kid who changed position and now have all these things to do. We have to take the time to evaluate if we made the right decision,” Walther said.

The Maroon Tide has 11 incoming freshmen that’ll be part of the varsity roster this upcoming year, so Head Coach Evan Nichelson used the summer as a way to get the youngsters used to varsity baseball. “The main thing for me was to kind of get them going, get them involved with what we do and show them how we go about things. If I had waited until January I would’ve been having to teach routines, how we go about our business instead of just jumping in,” Nichelson said.

The athletes welcomed the return to action over the summer after losing their season to COVID-19 and spending months in quarantine.

Nichelson said attendance at the workouts and scrimmages was at nearly 100 percent as the players jumped at the chance to get back on the field.

“Our guys were ready to go. They were pumped up about being there. Sometimes they were asking to go an extra day during the week because I think they were tired of lying around and were ready for some normalcy,” Nichelson said.

However, the majority of Nichelson’s players are also part of the football team, so he’ll only have eight athletes during the fall.

Because of this, Nichelson said the focus would be on weight lifting and conditioning, while making sure the athletes who also play football have time to get ready for that season.

“We’re going to have some guys who play football a couple days a week, and they’ll get their throwing in to make sure their arms are in shape,” Nichelson said.

The yearly tradition of the Pearl River Central football athletes competing against one another in the ‘Baddest Devil’ competition is... read more