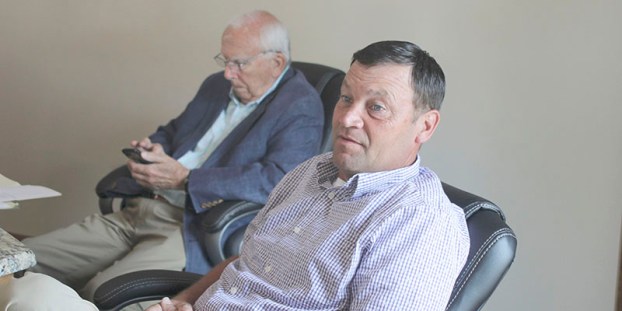 Allison updated the Board that the Mississippi State Department of Health has tested all of the county jail staff and inmates for COVID-19. All of the tests came back negative, except for one, which was inconclusive, said Allison.

The inmate with an inconclusive result was retested and that test came back negative. Total of 18 staff members were tested as well, and all of those tests came back negative, said Mark Stockstill, owner of Health Corr LLC, the company providing medical care to county inmates at the jail.

The tests were conducted because one inmate tested positive two weeks ago. That inmate was released at the hospital after testing positive. The inmate who tested positive had been in the jail since May, said Allison, and the department is not sure how he contracted COVID-19.

“We’re hoping maybe that his test was wrong,” said Allison.

Since the person who tested positive was released at the hospital, Allison said he does not know if he was retested for COVID-19.

The agreement includes a 90 day trial period, followed by a one year agreement that would be automatically renewed unless the Board of Supervisors or the city of Picayune requests an end to the agreement.

The county will provide prisoner housing and services for $20 per day per prisoner, which will be paid on a monthly basis. The city would cover the cost of medical expenses for its inmates and be responsible for transporting its inmates when necessary.

The Board also approved executing an agreement with the city of Picayune to consolidate E-911 dispatch. Picayune is expected to made a decision on that agreement during Tuesday’s upcoming City Council meeting.

The county would be responsible for operating and maintaining a countywide consolidated E-911 dispatch center, while the city would reimburse the county for 42 percent of the equipment and staffing costs for running the center. The city of Picayune would have to give written authorization for costs associated with personnel, operation and maintenance that exceeded $385,000 annually.

The agreement would be binding for five years.

In a separate matter, the Board acknowledged approval from the Mississippi Department of Environmental Quality to expand the service area for Central Landfill to include all counties and parishes within a 75-mile radius of the landfill property in Millard. The Board approved the modification in February and requested MDEQ approval in March.

The landfill’s expanded service area will include 22 Mississippi counties, 15 Louisiana parishes and two counties in Alabama.

The MDEQ order approving the change also notes that the county’s current waste management plan does not include the minimum information required by state law. The county is required to develop a draft of a comprehensive update of the plan by December 31, 2021.

The next Board meeting will be Wednesday July 15 at 9 a.m.

As an American English teacher working abroad, Jasmine Cochran inherently has a lot to teach her students. One of the... read more