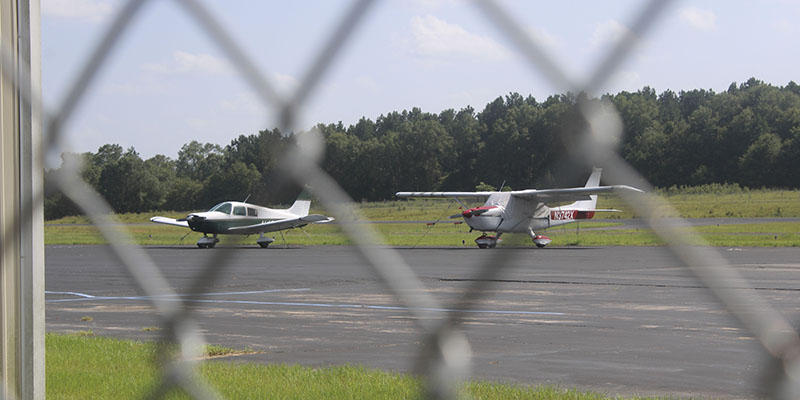 The Poplarville-Pearl River County Airport received a Federal Aviation Administration grant of $48,420 to design a new lighting system to replace the current runway lights which are over 50-years-old.

The FAA grant will cover the entire cost of the design phase for replacing all of the runway lights, the rotating beacon and the vertical/visual guidance system, said airport board member Darrell Fuller.

The design phase of the project is expected to take one to two years and Shows, Dearman and Watts Incorporated have been hired to conduct the work.

The engineering study will be a lot of work, said Fuller, because the requirements concerning where lights are located and how the rotating beacon functions are very specific.

The FAA is also expected to provide funding for 90 percent of the cost for completing the project, said Fuller, which he estimates will be near $400,000 or $500,000.

The runway lights were installed when the runway was built in 1970, and costs the airport several thousand per year to replace bulbs that burn out. The new system will be a halogen system that should be more energy efficient and is expected to last even longer than the original system.

The rotating beacon also has issues due to age, said Fuller. The beacon keeps going out, and the circuit breaker is at the top of a 20 foot tower. In order to reset it someone has to wear a safety harness and go up the tower.

“A couple times he’s gone up there and discovered that hornets have also found that a really good place to nest,” Fuller said.

Although the design phase could take two years, Fuller is hopeful the upgrades will last a long time.

“If it lasts like the old one, it’ll be at least 50 years before we have to fool with it again,” he said.

The airport sees plenty of use daily, said Fuller and even has two businesses located there—a flight school and an aircraft repair and maintenance business.