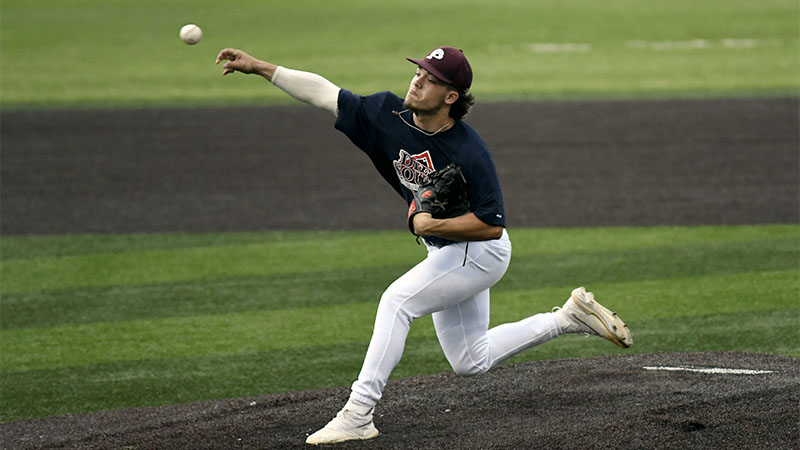 The Deep South Collegiate League continued giving college baseball players a chance to get back on the field during two games held last Friday.

The first game of the day was a blowout victory for Team Garner over Team McCarty winning 8-4.

Team Garner kicked off the scoring early, putting up a single run in the second inning before scoring two more in the third.

Team McCarty was shut out through the top of the fourth inning, while Team Garner continued scoring with another run in the bottom of the inning.

Team McCarty was able to cut into the lead by scoring two runs in the top of the fifth, but Team Garner exploded for another four runs in the bottom of the inning to seal the win.

Team McCarty would score twice in the top of the sixth inning, but it wasn’t enough for a comeback.

Team Garner has been performing well all season and has a record of 7-4.

The win propelled the team to second place in the league behind Team Caver, which is 7-1-1.

Team McCarty is close behind in the standings, sitting in third place with a record of 6-3-1.

The second game of the day was a highly contested affair that ended in a draw.

Former Picayune Maroon Tide player Luke Smith was on the mound for Team Parker and helped his team fight to a 5-5 tie.

Smith was the only former Pearl River County athlete to play in any of the games held Friday, although Smith’s high school teammate Kade Turnage is also on Team Parker along with former Poplarville Hornet Brady Tynes.

However, those two players had the day off for Team Parker after having been key contributors up to this point in the season.

Blaine Crim said that when coaching his team he has to be cognizant of his players’ conditioning, especially the pitchers.

After months off the field, the players’ arms weren’t used to the full speed intensity of games, so it’s up to the coaches to make sure athletes get breaks when they need them.

For pitchers, that means keeping a tab on the pitch count and making sure to pull a player before they get too fatigued.

“A lot of guys are competitors and they want to go more than they’re allowed to, but you don’t want to push that in this setting. We’re tying to win, but we care more about their safety and career,” Crim said.