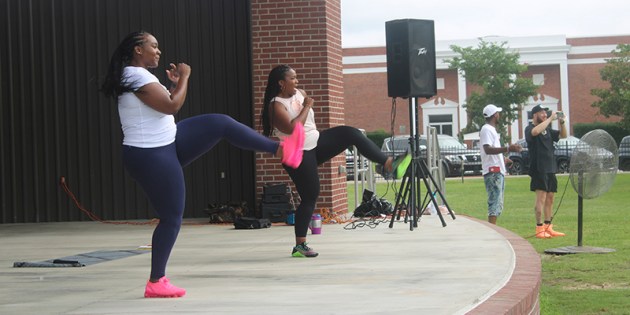 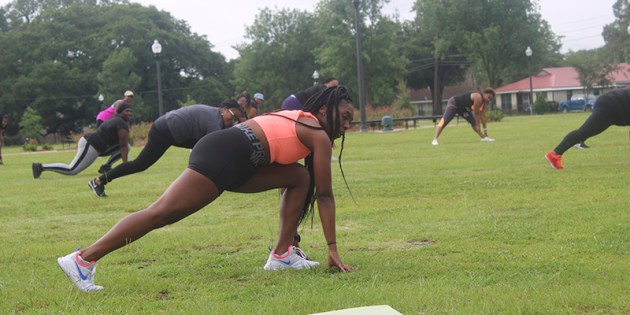 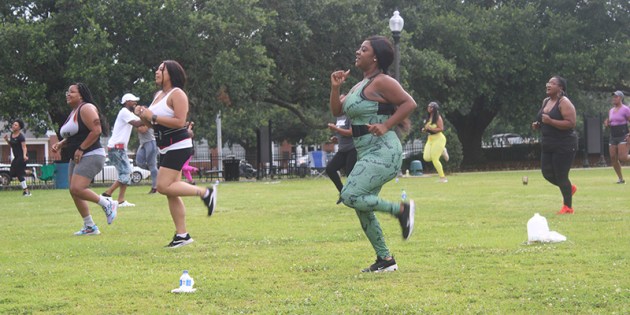 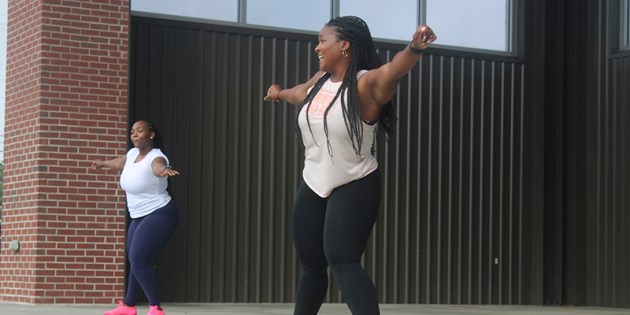 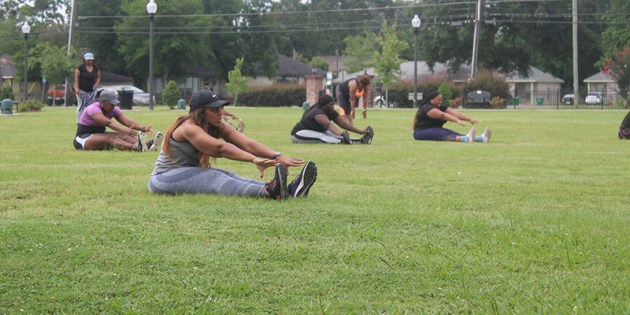 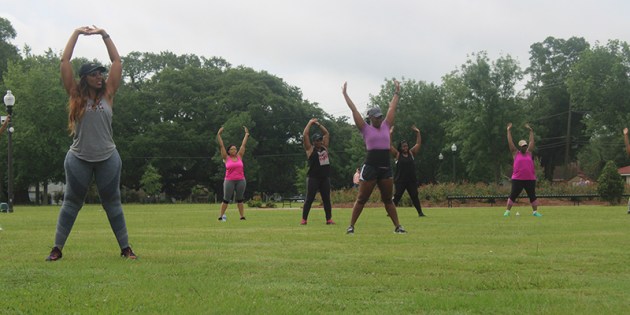 Black women came together Saturday to work out and learn about mental and physical health at the first Black Women Workout event, called the Melanin and Muscle Fitness Clinic.

Kayla Robledo and Matilde Williams created the event to bring people together to establish a group focused on Black women and their health.

“We’re trying to get the healthy lifestyle out there. In the south it gets lost sometimes in the good food,” said Robledo.

Robledo recently moved back to Picayune after living in California and Japan. Returning home made her realize that people want to be healthy but sometimes lack the resources to accomplish that, she said.

“Oftentimes we have to balance being students, mothers and friends,” said Williams.

Dr. Kellye Bolar was one of the volunteers leading the workout routine. Bolar said that being able to be around positive women and understand health and fitness helped her grow into the person she is.

Bolar has danced since she was 2-years-old, but fitness along with therapy and healthy eating helped her out of a dark time when she was 27. Now she teaches group fitness classes.

She said she hoped people would leave the event with new ideas on how to make being active a part of their everyday life.

Reaching out to a fitness expert can help when someone is beginning a fitness journey, said Bolar.

Janaea Wright also led the workout. Wright owns a sports wear business and majored in exercise science at the University of Southern Mississippi. Wright said she wanted everyone to feel strong and empowered after the event.

“Take control of your life,” said Wright. “It’s your life and you deserve to be happy.”

Participants spread out across Crosby Commons where they did jumping jacks, squats and lunges. Attendees were encouraged to participate to their ability level and slow down their movements if needed.

Lauren Jones said she came to the event in part because she’s on her own weight loss journey and to support her friends who were helping organize the event.

“I’m here for myself and to support them,” said Jones.

A similar event focused on pre-teen girls is planned for July.