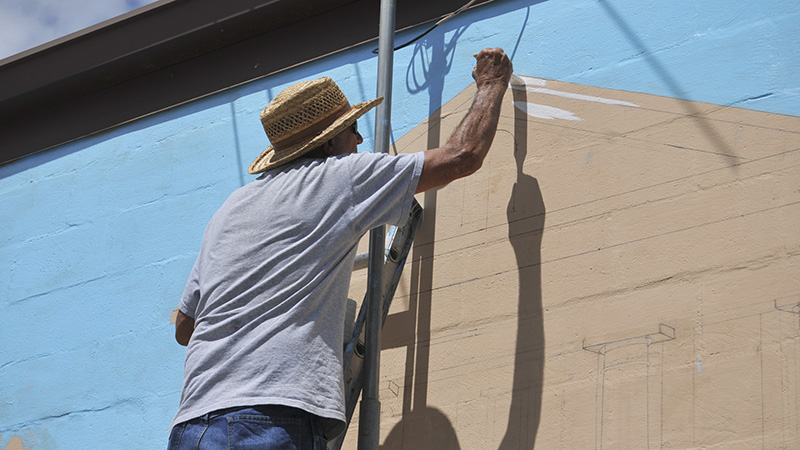 Picayune residents may notice a new mural in the works near Picayune’s City Hall.

The mural, being designed and painted by local artist Andy Green, will be located on the side of a building occupied by Roy L Wilson Printing facing the gravel parking lot on Williams Avenue.

Green said the mural will be a vintage depiction of Goodyear Boulevard.

“Back in the 70s, the big place for everybody to meet was on the boulevard,” Green said. “This is what we’re kind of wanting to detail. That time period.”

“Everybody who was anybody in high school was on the boulevard every Friday night,” Green said.

Green said several vintage cars will be featured in the mural.

He said one of the cars to be featured will be a 1964 Ford Fairlane because it was one of City Manager Jim Luke’s first cars. Luke is one of the sponsors of the mural.

Green said years ago the Picayune Police Department was under the old City Hall, so there will be a 70’s-era police car featured in the mural as well.

“The whole thing is to make people aware, people my age and maybe older or a little younger, to remember the boulevard days,” Green said. “Kids don’t ride it anymore. It’s something we’re all kind of fond of.”

Green said he completed a working sketch of the mural on the wall.

“The mural designs are connected to our mission of historic preservation,” Picayune Main Street Program Director Reba Beebe said in a written statement to the Item. “Artist Andy Green designs the murals to include Picayune history.”

Beebe wrote that the funds for the murals come from sponsors and events.

“Picayune Main Street Inc. Board of Directors believe the murals have increased tourism to downtown and provided an economic benefit to businesses,” Beebe wrote.

Green said work on the mural was delayed due to COVID-19. He said there is no set date for the completion of the mural, but the process will probably take several months.

Beebe wrote that when the mural is complete, a Meet the Artist Event for the mural will be planned. 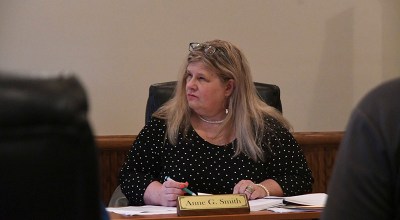