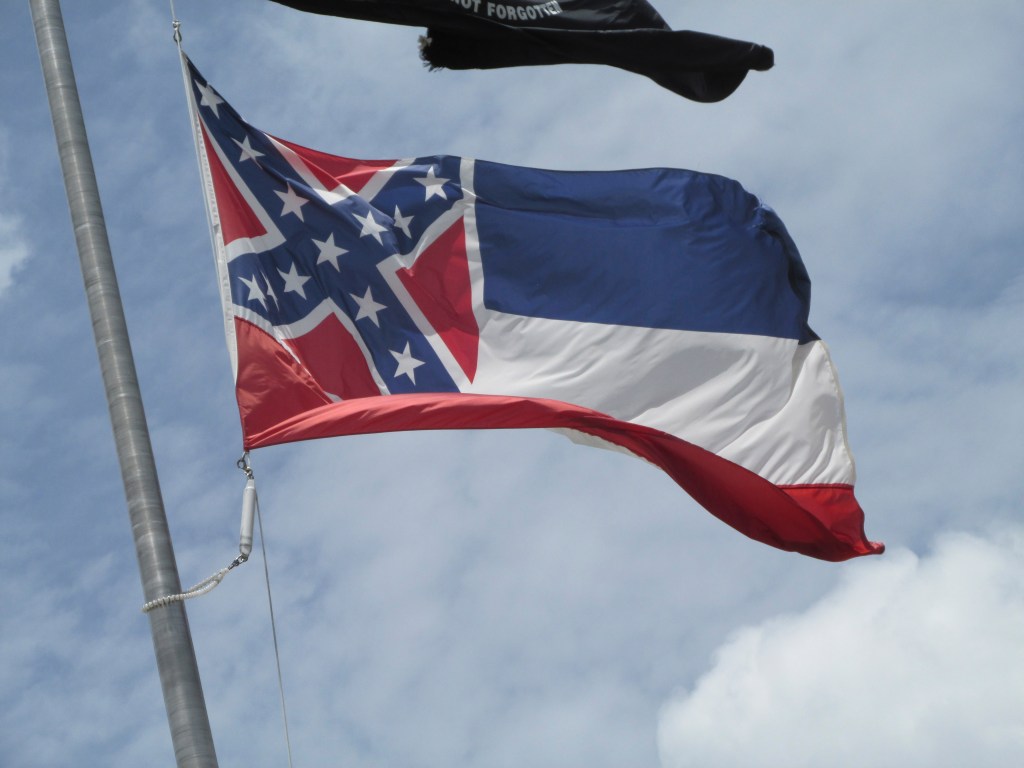 Photo by Laurel Thrailkill; soon to be retired: The Mississippi State flag, seen flying near City Hall in Picayune, will soon be changed. House Concurrent Resolution 79 removed the option to put changing the flag before the public via an election like the one held in 2001 where the public voted to keep the current flag.

The legislation, House Concurrent Resolution 79, opened the door for a bill that will now be sent to Gov. Tate Reeves, who said on Saturday that he would sign the bill into law.

Mississippians will vote on the design for the replacement flag in November. The legislation proposes creating a commission that would design the new flag that must not contain the Confederate battle emblem and must include the phrase, “In God we trust.”

The commission would be required to create a new design by September for it to be voted on in November, the bill states.

The legislation would also require the removal of the current state flag within 15 days of the bills going into effect.

In an emailed statement to the Item, Mississippi House District 108 Representative  Stacey Hobgood-Wilkes, wrote, “I promised my constituents I would fight for the right of ‘We the People’ to vote on the flag. The insiders in Jackson saw things differently. They wanted to win at all costs. I also question the timing. To the national media and various radical groups, it looks like Mississippi has caved in to those forces wanting to rewrite American history. It’s very simple: I trust the people of Mississippi to make the right choice.”

State Senator Angela Hill, in a written statement to the Item, said, “The people should be trusted to vote as in 2001. The NCAA and SEC have already economically threatened the state of Mississippi over religious liberty and concealed carry law. Their demands aren’t new. Same song, new verse.”

Mississippi House District 106 Representative Jansen Owen said in a public statement sent to the Item, “The current flag does not represent who we are as a people. It does not represent where we are going as a state. Therefore, I will be voting to suspend the rules and retire our current state flag.”