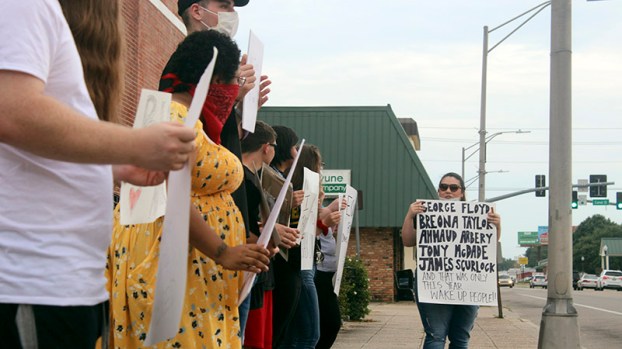 Without violence: Several residents of the Picayune area gathered in front of the post office on Highway 11 Monday, June 1, to peacefully protest instances of police brutality that have occurred in the nation. Cathy Cook | Picayune Item 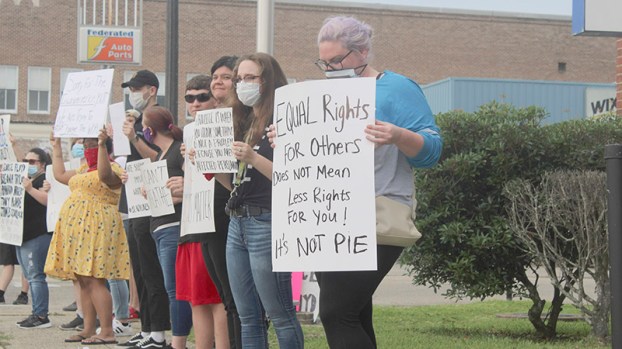 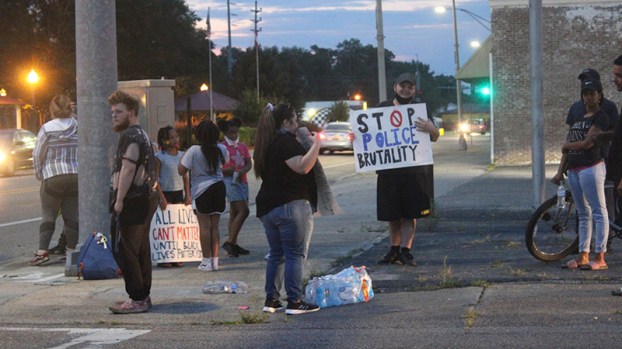 The chant “Black Lives Matter” could be heard echoing along Highway 11 during a second night of protests at the intersection of Highway 11 and Goodyear Boulevard in Picayune.
Protestors used call and response chants like “No Justice, no peace” to draw attention to police brutality and the murder of George Floyd.

Octavia Spikes held a handwritten sign demanding justice. Spikes said she does not see instances of police brutality in Picayune, but came to protest for the “sake of fairness.”

District I Supervisor Donald Hart also said he does not see instances of police brutality locally.

“Nevertheless we want it known that we don’t agree with what happened at all and we want justice done for Floyd and his family and not just them, but Breonna Taylor and the different people who have suffered,” said Hart.

Taylor was fatally shot by police in Kentucky earlier this year.

Sabrina Staples thought about staying home Monday night after protesting on Sunday, since she is pregnant with her fourth son. But a Facebook comment made her worry that the KKK might show up, so Staples felt she had to attend the protest.

“One day it could be one of my sons, and if I lose one of my sons to something that could absolutely be prevented, I will lose my life,” Staples said.

Donell Adcox also returned for a second night, but not to protest. Instead she watched the protestors from a vehicle to make sure all the participants were safe.

Adcox also wanted to make sure protestors would not be falsely accused of causing trouble.

“Police brutality has to end and if everybody’s too afraid to say something it won’t stop,” said protestor Cheri Caire Dematteo.