Peaceful protests continue in Picayune in support of equality 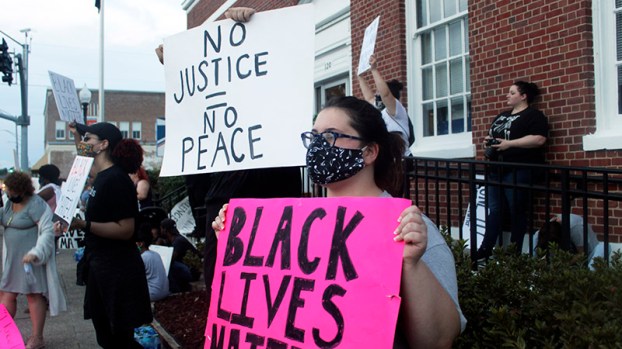 Four in a row: A group of protesters line up in front of the post office in Picayune to advocate for equal treatment. Cathy Cook | Picayune Item 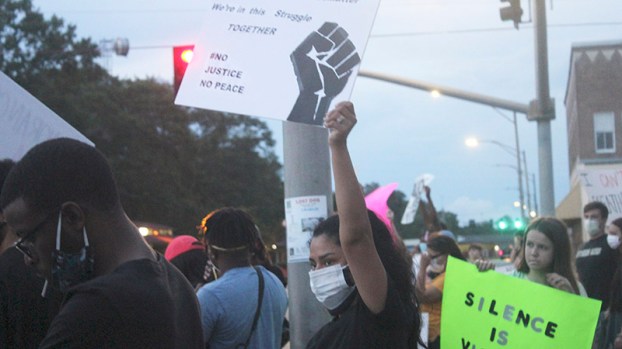 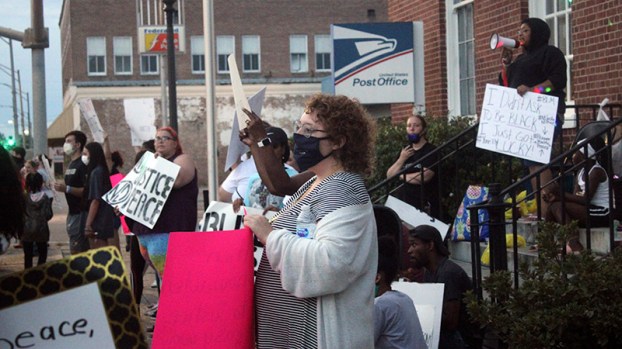 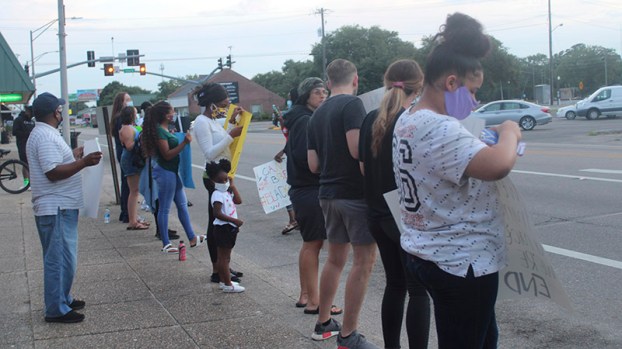 Protests that began with a small group on Goodyear Boulevard Sunday night kneeling in memory of George Floyd drew more attendees and attention over the week. By Wednesday protestors filled the sidewalk all the way across the front of the post office on Highway 11.

In five days, protests that began with a Facebook event to honor the memory of Floyd and share the message that “Black Lives Matter,” have grown into an official organization focused on unifying the community, Yune-ify, which organizers worked to set up Thursday.

Porche said that as a Black woman there are some places she feels unwelcome in Picayune.

“People may eat and stop in the middle of eating their food and just get up and leave,” said Porche.

On Wednesday night protestors called out, “Say his name, George Floyd.” When cars along Highway 11 honked in support, the protestors cheered. One woman held a small “Black Lives Matter” sign out of a car window, eliciting cheers from the crowd on the sidewalk. People brought by food and water for the protestors.

Not all drivers have been supportive, said Kylee Roberts. Some large trucks with confederate flags and Trump flags have been blowing black smoke on the protestors while driving past, said Roberts.

Charmaine Washington came straight from her job in New Orleans to protest in Picayune after hearing about the peaceful rallies.

“We don’t stand for something, we’ll fall for anything,” said Washington. “Now we’ve come and taken that stand. We should’ve taken a stand a long time ago.”

Protesting is the best people can do at the moment to effect change, said Washington’s friend Veda Lather.

“Enough Black killing,” said Lather. “We love everybody, but you know it’s more of us being killed…We’re just trying to stop brutality period, and racism. We’re not saying that our police are doing it, but the police that are violent need to be prosecuted for it.”

Protests are not a normal sight in Picayune, said Lather, a lifelong resident.

“More people, their eyes are opening and are really taking in what’s going on,” said Porche.