The Picayune Maroon Tide baseball team is using inter-squad scrimmages to get young players reps in a competitive environment.

The Maroon Tide completed its first week of scrimmages Thursday night with a game that saw several inexperienced athletes step up to the plate.

Head Coach Evan Nichelson’s team will be young this upcoming year, comprised of 11 incoming freshman, so the coach decided to use the scrimmages as a way to get the new players accustomed to varsity level competition.

Nichelson said he’s been impressed with his young players’ comfort level taking on their older teammates during the scrimmages.

“Our young guys the past few games have banged the (strike) zone and they looked good. I liked their poise,” Nichelson said.

Freshmen Tanner Busby and Kyler King are just a few of the athletes that have stood out to Nichelson as the team completed its first two scrimmages.

That being said, the experience of the older athletes has helped as upperclassmen educate the younger players on the finer points of the sport.

“Our older guys have really stepped up and took these young guys along with them. Austin Samples and Mitch Harper have been taking the young guys under their wings and showing them the way we do things,” Nichelson said.

A benefit of having inter-squad scrimmages is that the staff can stop the game at any moment to correct a mistake or educate a player. Nichelson said that happened several times during Thursday evening’s scrimmage.

Pitchers would receive instruction on how to improve their delivery while outfield players were taught proper positioning.

“We were able to coach it up then instead of (waiting until) after a game to talk about it. We’re able to stop what we are doing and explain where to be, and with the young team we’ve got it’s a big thing to make sure everybody is in the right position,” Nichelson said.

Pitchers are able to get in two to three innings of work on the mound with hitters getting four to five at bats in just one scrimmage.

Because there aren’t a lot of players returning with varsity experience, Nichelson said it’s imperative the new players get a significant amount of reps.

Not only will it help with their development, but it will also make up for the lost opportunities from the cancelled season.

“They’re getting more at bats and the arms are getting more time on the mound, which is big for us with such a young team. We’re only returning one guy with varsity experience,” Nichelson said.

The current plan is for the scrimmages to continue through the first week of July, which will give the athletes a full month of scrimmages to learn from.

Nichelson said the players have enjoyed being around each other again after spending months apart due to the COVID-19 pandemic, and the hope is that the players keep the level of competition high for the next couple of weeks.

“The kids were pumped to be back. They were happy to be out of the house I think. It’s been great, the intensity the competitiveness. They’re getting after each other and talking smack to each other. They’re glad to be back competing,” Nichelson said. 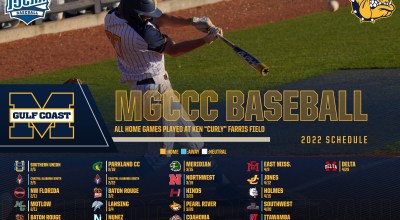