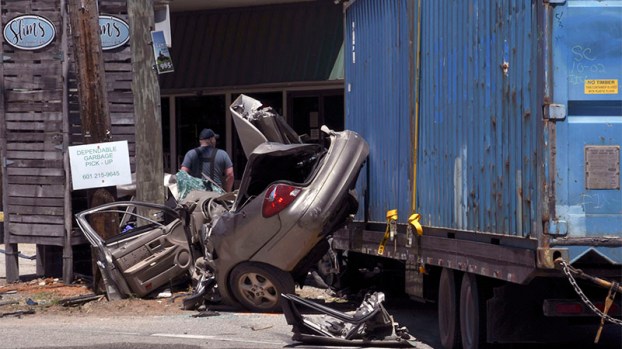 Injured Driver: The driver of the gold sedan was reported to have suffered serious injuries due to the collision. Photo by Jonathan Mitchell. 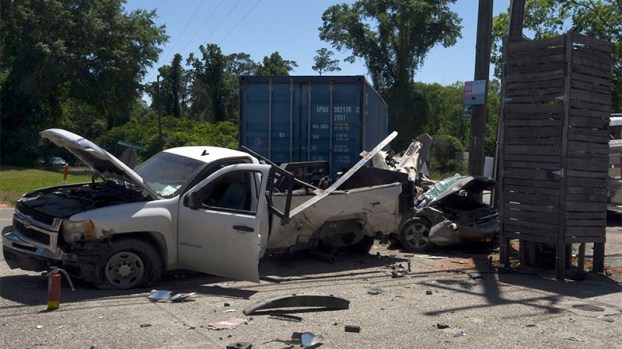 Car Crash: Two vehicles were involved in a collision May 6 at the intersection of McNeill Steephollow Road and Highway 11. Photo by Jonathan Mitchell.

A collision involving a sedan and a truck carrying a shipping container on its trailer occurred Wednesday at approximately 2 p.m. at the intersection of McNeill Steephollow Road and Highway 11. No fatalities were reported.

As the sedan attempted the turn, the truck carrying the shipping container was traveling northbound on Highway 11 and simultaneously attempted a right turn onto McNeill Steephollow Road.

The two vehicles collided and the sedan was crushed in between the shipping container and telephone pole.

There were no passengers in either vehicle.