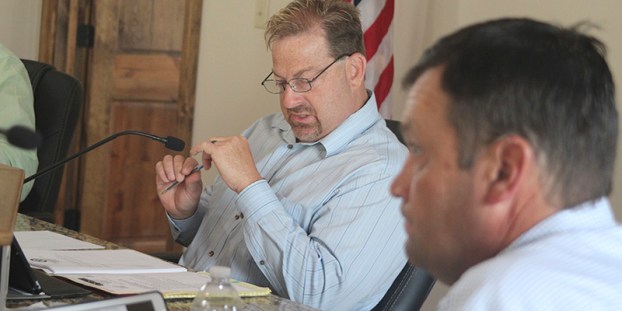 The Pearl River County Board of Supervisors approved payment for four new Sheriff’s Department vehicles for $37,066 each, for a total of $148,264 from Mac Haik Automotive Group. The four vehicles include a K-9 and patrol packages.

The Board also approved adding a new K-9 to the Sheriff’s Department inventory. The department acquired the K-9 from Texas in April.

In a separate matter, Emergency Operations Manager Danny Manley updated the Board that over the weekend the county only had two new COVID-19 cases and no new deaths.
District V Supervisor Sandy Kane Smith said businesses need to come up with plans to reopen, because the Governor is expected to begin announcing which businesses are able to resume operations.

In a separate matter, the Board approved upgrading the county’s time clock system for a new system from Timeforce for $72,720 over a five year period. The initial cost will be $23,904, with an annual cost of $12,204 for the following four years. The new system will be cloud based, since systems that store time clock information on a county server are no longer available, said County Administrator Adrain Lumpkin.

IT contractor Carey Metzler with Datastar Inc. said he believes the system was last upgraded in 2008.

The Board entered executive session to discuss economic development.

—Approved issuing a check to the Henleyfield Volunteer Fire Department for $59,387 in grant funds from the Lower Pearl River Valley Foundation to replace old firefighter gear.

—Approved a partial payment of $19,600 to Southern Contractors and Builders for a metal storage building at the county jail.

—Approved an agreement with Datastar Inc. for a monthly lease for a MapGenPRO System, a public safety mapping system for the county dispatch. The lease is month to month for $2,000 per month, plus a one time $3,000 onsite installation and training fee. When the E-911 consolidation goes into effect, the county will have a system included in the new dispatch and will end the month to month lease, said Lumpkin.

Despite the transition to distance and online learning, students in medical programs at Pearl River Community College are still able... read more