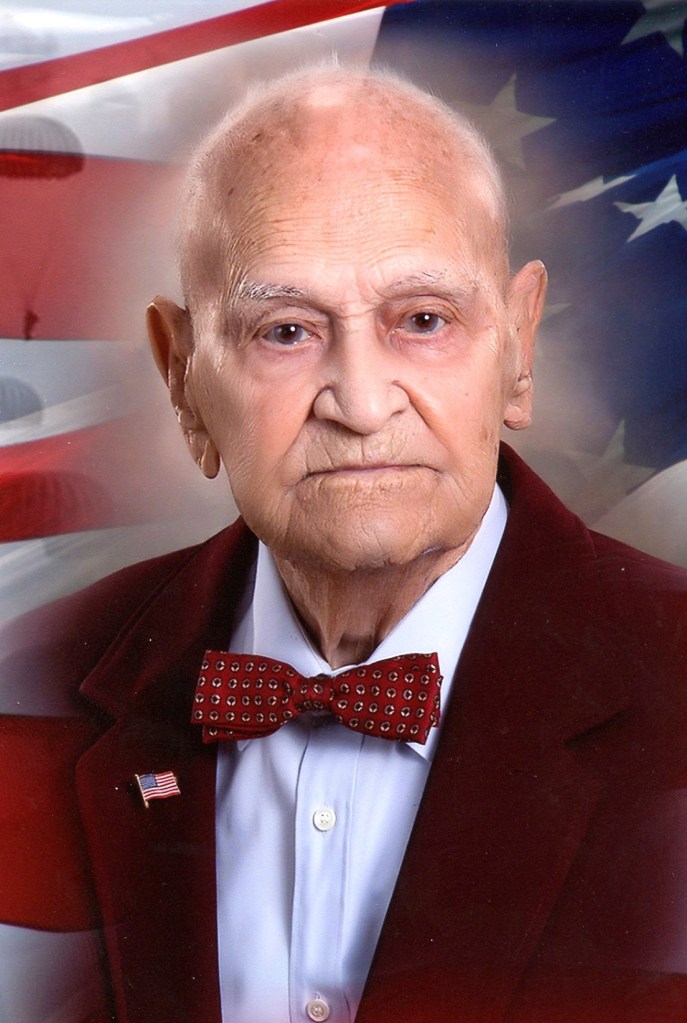 Born, March 12, 1917 in New Orleans, LA, Jim was married to Marie Louise Fuller for 55 years who predeceased him. He is also preceded in death by his son-in-law Richard Joseph Roth Jr.

In March 1942, he was drafted and sent to Camp Claiborne LA where the 101st and 82nd Airborne Divisions were created. Originally, he was in the 101st, the Screaming Eagles, but was later assigned to the 82nd for the remainder of the WWII. He was part of the 325 Glider Division that was dropped onto Sainte-Mère-Église, France, prior to the 101st landing on Normandy Beach as a Staff Sergeant. After D-Day, he participated in the Battle of the Bulge, then onto Berlin. He was a decorated Veteran with the Bronze Star, Purple Heart, Belgian Fourragere, and other medals.

After the War, he returned to New Orleans to his wife Marie. He purchased a dry-cleaning business and ran it successfully until he sold it in 1968 to retire to their weekend home in Abita Springs. Later, they moved to Picayune, MS. He was past president to the Carrollton Business Association and the Dry Cleansers Association of Louisiana. He was a 32nd degree Mason.

He was so proud of his grandchildren and blessed with a very loving family. He was always very happy and enjoyed conversations with everyone; and enjoyed playing golf everyday up into his nineties; shot many holes in one, but was most proud that he finally shot his age when he was 89.

There was a private burial in Picayune, MS. A celebration of life will be held at a later date at the First Presbyterian Church of Picayune, MS.