For the love of art and acting 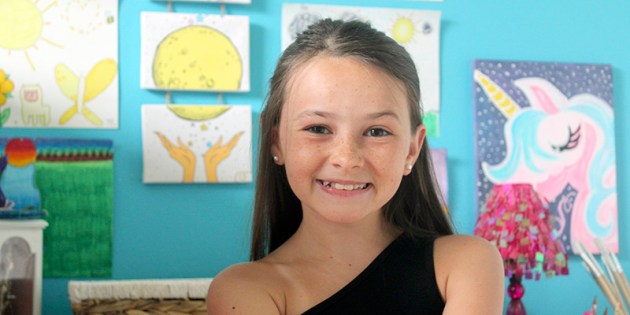 Local Actor: When she’s not working on the set of The Walking Dead in Georgia, Cailey Flemming likes to be creative at home in Pearl River County by painting and drawing. Her colorful paintings decorate her bedroom walls. Cathy Cook | Picayune Item 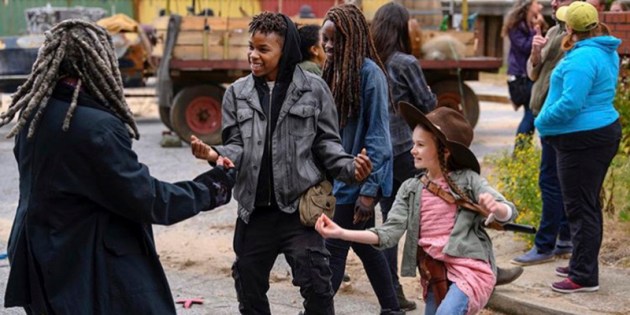 Dance Break: Cailey Fleming dances in between takes on the set of The Walking Dead. Submitted photo 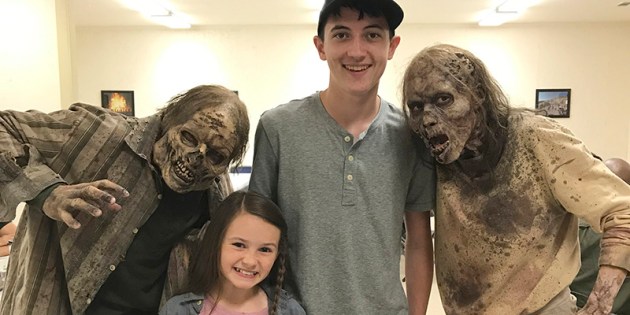 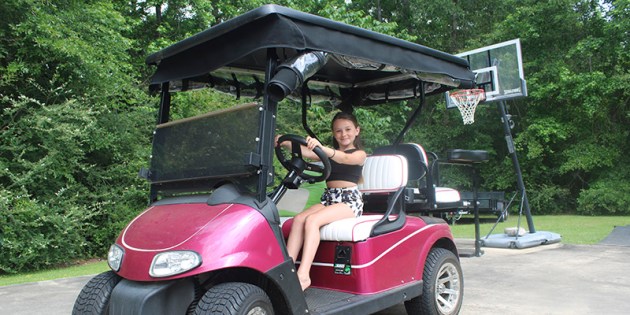 Driven: At 13-years-old, Fleming is not able to spend most of the money she’s made, but her parents did let her splurge on one big purchase: a pink golf cart named Lady. Cathy Cook | Picayune Item 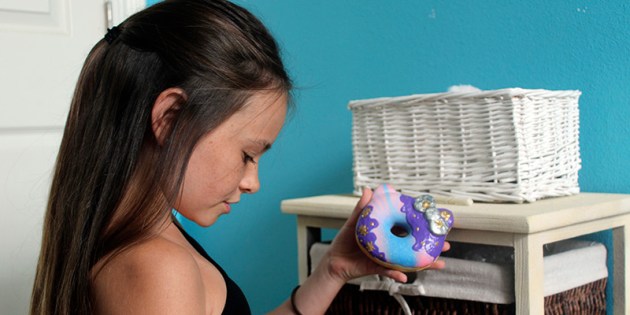 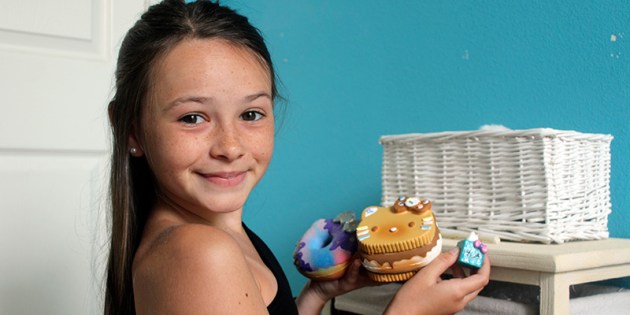 Walkers don’t phase her, neither does having 366,000 Instagram followers, speaking in front of thousands at Comic-Con or being scanned so her likeness can be turned into a toy. The only time Cailey Fleming’s mom has seen her star struck is when Fleming met Mena Massoud, star of the 2019 live action Aladdin, at a convention in New York.

The Pearl River County native began acting out scenes in her hallway when she was 4-years-old.

“I would literally go out in the hallway and act out scenes from Rapunzel,” said Fleming.

Several years later after attending acting classes and auditions, Fleming went from performing in her hallway to the silver screen.

Fleming’s first big project was playing young Rey in Star Wars the Force Awakens when she was 8-years-old.

“I just had to cry for like seven hours straight,” said Fleming.

After the one-day shoot, Director J.J. Abrams offered to take Fleming anywhere she wanted in L.A.

In 2018 she began playing Judith Grimes in The Walking Dead.

“It’s really different because on a movie you get so many days and you might never see the people again, maybe at the premier,” said Fleming. “You form a special bond (on the set of a television show) that you wouldn’t on a movie set.”

The cast of The Walking Dead dance between takes, hang out when they’re not on set and throw going away parties for cast members when their character is killed off, said Fleming.

Even with a tight knit cast, performing isn’t always comfortable, like filming the season 10 premier on Jekyll Island.

Her mom confirmed it was hot, at 112 degrees, during filming. But even in hot weather Fleming is excited to act and especially enjoys emotional scenes and action scenes.

“Action scenes are kind of like dance. You learn the choreography and then you perform it to the best of your ability,” she said.

While Fleming is passionate about acting, dance is her passion. When she’s not working in Georgia training for action sequences, she learns dance choreography at Leisha’s Dance School in Picayune. The dance school even sends her videos of choreography to learn when she is traveling.

“Judith is like this warrior with her sword and so when we do training, the trainer’s like, ‘Okay make sure your feet are nailed to the ground and you’re doing all these strong movements,’ and I’m a dancer so I’m on relevé and trying to get my kicks and stuff,” she said.

Fleming spends seven months out of the year away from home filming, but still stays connected to her family and friends in Pearl River County. Many weekends Fleming and her mom will drive the six hours home from the TV show’s location in Georgia to Carriere.

Fleming’s family and friends are supportive of her work. On Sundays when The Walking Dead airs, some of her family comes over to watch together.

“They love it. They always cheer for me when I come on the screen,” she said.

Although it took some convincing, Fleming’s brother has visited her on set. While trying to eat lunch together, he had to avoid looking at the performers who were dressed as walkers, who represent the shows zombies, complete with blood and drool.

Fleming also doesn’t mind speaking in front of large crowds at conventions, and loves talking with fans at conventions. Conventions have allowed her to meet fans from around the world in the Bahamas, Berlin and at the 2019 Comic-Con in San Diego.

“I love seeing people do fan art, because I love to draw and I love to paint, so it’s really cool to get to see other people’s art work,” said Fleming.

Fleming’s bedroom walls attest to her love for art. Brightly colored paintings she’s made hang above her desk.

Along with painting and drawing, she collects and rehabilitates squishies—colorful squishy objects, often food items or adorable animals. She glues back together torn squishies and repaints squishies whose original details have faded away. Fleming didn’t know what to expect when she was told she would become a toy herself. No one told her what the toy would look like or what kind of toy it would be. When the Judith Grimes Pops figure modeled after her finally arrived in the mail, Fleming was thrilled.

“It looks just like me! It’s little Judith, she even has the little freckles,” she said.