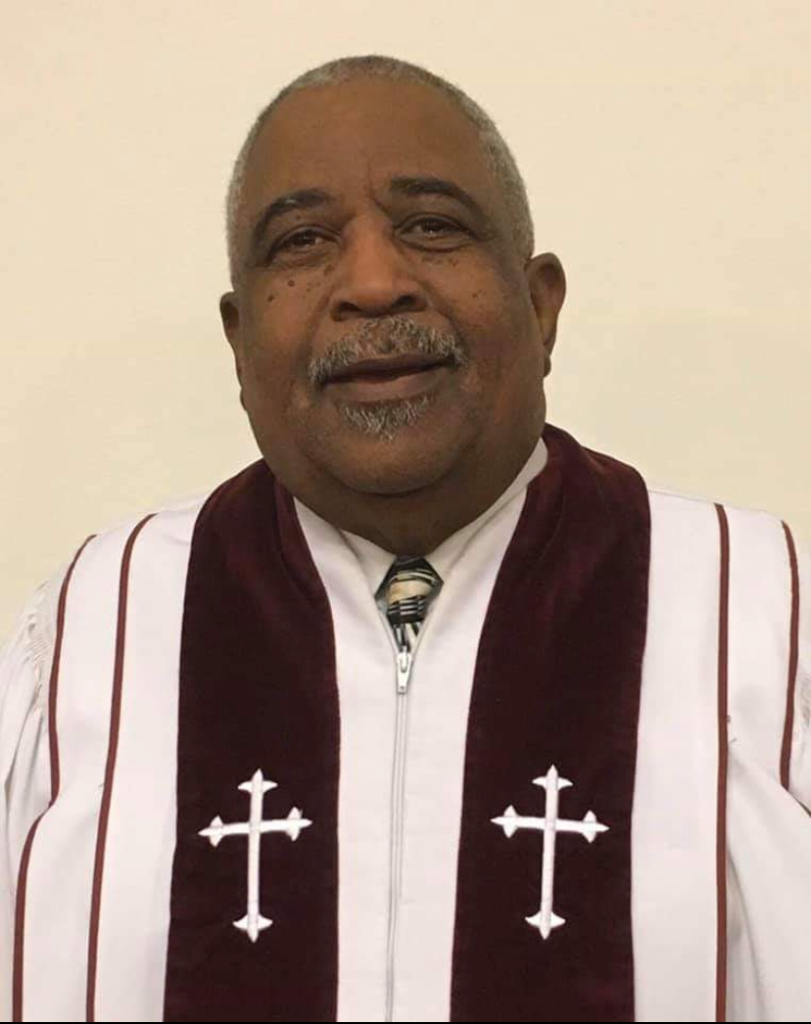 “Let not your hearts be troubled; believe in God, believe also in me.” John 14:1

A walk through viewing for the Reverend Donald Lynn Parker, 71 will be Tuesday, April 13, 2020, at The Greater Pleasant Valley Missionary Baptist Church from 3:30 p.m. – 5:30 p.m. A private graveside service will be held Tuesday, April 14, 2020 at 12:00 at Picayune Cemetery. The Reverend Brian K. Dees will officiate.

Reverend Donald L. Parker was born September 1, 1948 and raised in Picayune, MS to the late Harrison and Florence Dees Parker. At an early age, he accepted the Lord and joined the Pilgrim Bound Baptist Church, Picayune, MS. While a member there, he was a member of the Junior Choir, attended Sunday School regularly and served as Assistant Sunday School Secretary and attended the Baptist Training Union.

Reverend Brian K. Dees. He served as an Usher for two (2) years; served as the Inspirational Choir President from 1980 to 1997. He also carried out many deacon duties for many years prior to being ordained in 1990. He also served as the Youth Director from 1989 to 1997.
During the course of his life, he overcame many challenges and always said “the Lord has kept and covered him.” Reverend Parker received his calling to the ministry on June 13, 1992 and was ordained August 23, 1992.

Reverend Parker became the proud Pastor of the Pleasant Valley Baptist Church in March 2013 and served until God called him home. In October of 1997, he was called to pastor the St. Paul Baptist Church in Lyman, Mississippi. Under the guidance of the Holy Spirit and the love he exhibited and shown, many souls were added to both churches.

Reverend Parker was employed with Jacobs Technology Inc., Stennis Space Center, MS in 1975 and retired in 2010 after 36 years of service. He served two-terms as City Councilman for Precinct 2 in the City of Picayune, MS, from 2001-2009. His interests were people, fishing, hunting, teaching, reading and preaching the word of God.

Reverend Parker decided to live for God, and not turn around. He understood that when you are saved, you don’t become a super saint, but that you should continually strive to please the Lord in all you do. He would be the first to say “I don’t know it all, but I know enough about Jesus to be effective, compassionate, and have a heart for God’s people.”

Rev. Donald L. Parker left his earthly home on Saturday, April 4, 2020 at Highland Hospital, Picayune MS to be with the Lord. He was preceded in death by his parents, Mr. and Mrs. Harrison Parker; one brother, Mr. Eugene Parker; and one son, Larenzo Lamont Parker.

Reverend Parker’s motto: “As a Preacher, Pastor, Husband, Father, Son, and Friend, I need to be a living example of how to live in a dying world.”

Entrusted to Brown’s Funeral Home. In order to stay within the guidelines of COVID-19, the services will be recorded live on ZOOM and FACEBOOK (www.facebook.com/viewhomegoingnow). The limit of attendees is 10 people. When that number is met you can feel free to tune into Facebook for a live recording on your device.