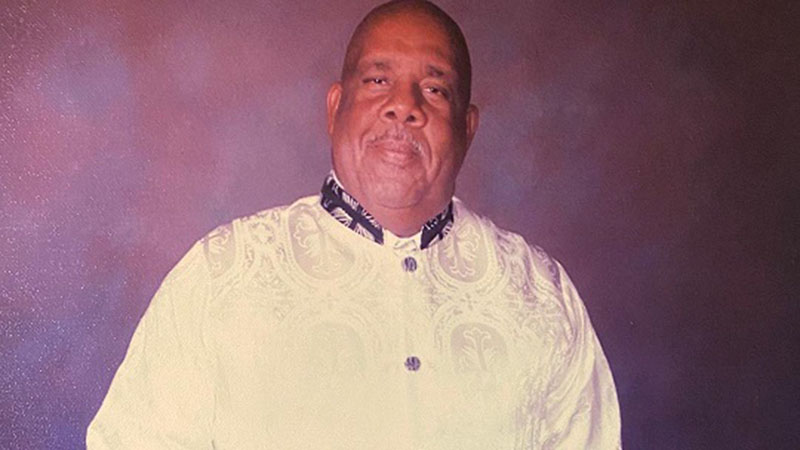 Father, I Stretch My Hands to Thee ….

Pastor Alex Wesco, Jr., affectionately known as “June” by his family, was a born again servant of God, anointed and endowed with the Holy Spirit to preach the Gospel of Jesus Christ.

Pastor Wesco was born June 1, 1950 and raised in Crosby, MS to the late Alex Sr. and Bessie Wesco. He was the youngest of seven children. At an early age, he accepted the Lord and was baptized at the African Methodist Episcopal Church. He was a proud graduate of Wilkinson High School (Class of 1969) in Woodville, MS.

Upon moving to New Orleans, LA, he served as a loyal deacon under the leadership of Pastor Johnny M. Williams Sr. of Greater Little Rock Baptist Church, where he also accepted his call to the ministry. He attended Union Baptist Theological Seminary in New Orleans and also attended Christian Bible College in Kenner, LA. On November 22, 1981, he preached his first sermon and also received his Preacher’s License certificate. On December 2, 1984 at East Jerusalem Baptist Church, Picayune, MS, with the Springhill-Triumph Association in charge, he was ordained and received his Ordination certificate. He also received his Christian education from the National Baptist Congress on June 17, 1988.
On April 3, 1982, Pastor Wesco united in holy matrimony with Gwendolyn Russell. He was the proud father of four beautiful daughters.

Pastor Wesco sincerely believed that “when better men and women are built, it will be the church who will build them.” His favorite hymns were “Father, I Stretch My Hand to Thee” and “Jesus Keep Me Near the Cross.” He LOVED to fish! He enjoyed taking his boat out fishing with family and friends.

Pastor Wesco transitioned from his earthly home to his heavenly home on April 16, 2020.

“We are confident, I say, and willing rather to be absent from the body, and to be present with the Lord”

He was preceded in death by his parents: Alex Sr. and Bessie Wesco, siblings: Zetella Wesco Jones (who had a hand in rearing him), Leonard Wesco, Voncile Ward, Mary Ella Veals and Mother-in-law Maggie Brumfield.

In order to stay within the guidelines of Covid-19, the services will be live on Facebook (www.facebood.com/view homegoingnow). The limit of attendees is 10 people.