MDE releases stats about how students fare after graduation 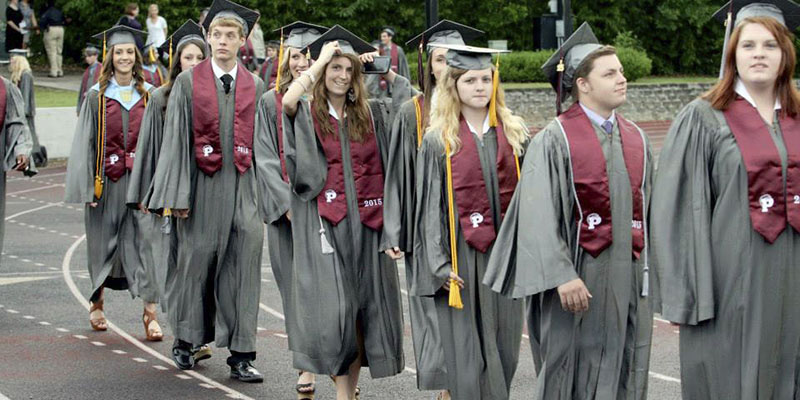 The report does not capture information for students who earned GEDs, joined the military, left the state or became homemakers, but it does offer a snapshot of how high school graduates fare at in-state colleges or universities.

The state data does not always tell the full story, said Picayune Memorial High School Assistant Principal Toni Tucei, who is familiar with the graduation data collected by the school and spent 14 years as a counselor working with juniors and seniors at the school. Typically 60 percent of Picayune graduates head to an in-state college or university immediately after graduating. A little under 10 percent of the graduates head to a college or university out of state, said Tucei.

Cost is a big barrier to college for students, said Tucei.

“We also have a lot of students who will be first generation college students and so that’s hard as well, to get the buy in from the families and make sure they get the resources and meet all the deadlines that they need,” said Tucei.

The school pushes students to take the ACT, because high scores on the test can make it easier for high school students to receive half tuition or full tuition scholarships, said Tucei.

According to the state data, the majority of local graduates do become full time students if they start college, which matches with state averages. However, local graduates seem more likely to enroll in a two year program than Mississippi graduates statewide.

“We’ve seen an increase in four year institution tuition for at least the last 10 years. It keeps going up. If you’re familiar with our community you realize that cost is a big factor for a lot of things we do,” she said.

Even students who earn an academic scholarship and a full Pell Grant would still have to pay out of pocket at many four-year institutions, said Tucei. Pearl River Community College does a good job of working with students to make school financially accessible, said Tucei. Picayune Memorial High School encourages students to keep their grades up if they enroll at community colleges and join the national honor society Phi Beta Kappa, which has partnerships with Mississippi’s four-year institutions and can help students find scholarships if they transfer to an in-state university, said Tucei.

Poplarville High School has a large percentage of graduates studying Arts and Humanities at college, over 60 percent of graduates who are enrolled in college, compared with close to 40 percent statewide. Poplarville also has a noticeably higher percentage of students studying agriculture, construction, manufacturing and transportation than the state average: 16.3 percent of graduates enrolled at a Mississippi college or university, compared to the state average of 8.2 percent.

Pearl River has an even larger percentage of students studying the Arts and Humanities, at over 70 percent.

The state data shows over 40 percent of Picayune graduates who attend college study the arts and humanities, which Tucei said is a huge area that many students go into.

“I also contribute that to our growing theater department. I’ve seen a huge trend in theater majors over the past four years,” said Tucei.

STEM fields like health science or engineering are also popular, she said. One downward trend that worries Tucei is the reduced number of students earning a degree in education. The state data shows less than 5 percent of Mississippi graduates studying education at in-state colleges and universities. Only one or two Picayune graduates say they are interested in pursuing a career in education each year, said Tucei.

“That’s what I think all of our schools are worried about, is what’s education going to look like in the future if we can’t draw more people into our profession?” said Tucei.

The lack of people entering the education field is a problem not just in Mississippi, but across the nation said Superintendent Dean Shaw.