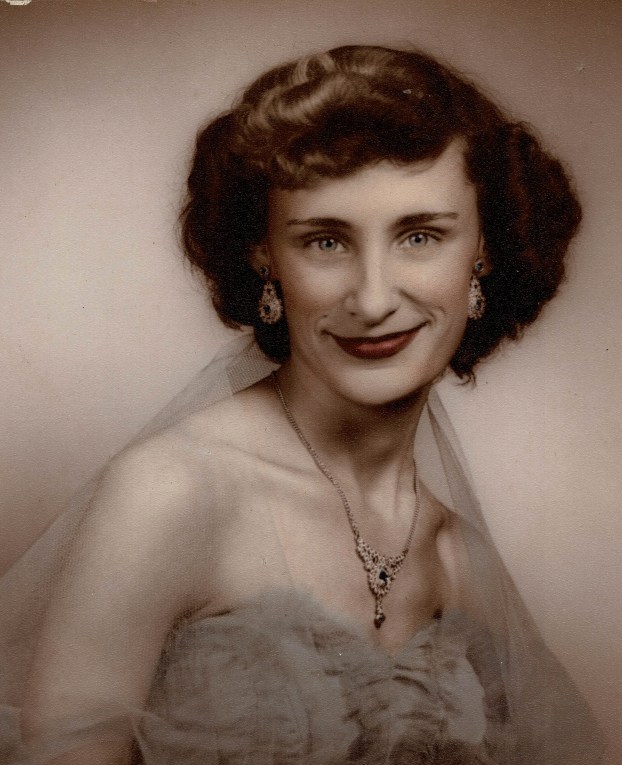 Graveside Funeral Services for Dorothy “Dottie” Folse Bond, age 90, of Carriere, MS, who passed away Monday, April 20, 2020 in Carriere, MS were held Friday, April 24, 2020 at 10:30 a.m. at New Palestine Cemetery. Rev. Bernard Papania was the celebrant. A memorial mass may be held at a later date for family and friends, to be determined.

Burial is in New Palestine Cemetery under the direction of McDonald Funeral Home.
Dottie was born February 2, 1930 to Marius Folse and Laura Chauvin Folse. She was raised in Raceland, LA.

On July 6, 1953 in New Orleans, LA, she married Charles Delvis Bond Sr. with whom she would share 36 years of marriage before his death in 1989. While her husband served in the Air Force they lived in several locations including Montgomery, AL, Topeka, KS, Orlando, FL and Marquette, MI. She had fond memories of each location and the friends she made along her journey through life. Upon her husband’s retirement from the military they moved to Carriere, MS where she lived for fifty years until her passing.

She was a dedicated and faithful member of St. Charles Borromeo Catholic Church in Picayune, MS. She helped several of the parish priests by cooking, cleaning and praying for them. She was a Eucharistic minister for several years, attended daily mass and led the Chaplet of Divine Mercy after weekday masses until her health made her unable to do so.
She was very active most of her life and enjoyed spending time with her “church friends” and grandchildren, gardening, crafts, house painting, listening to country and gospel music, and she never let anyone leave her house hungry. She was a fabulous cook and made the best fried chicken, shrimp gumbo and potato salad and showed her love by cooking and doing what she could for others.

She will be missed by all who knew and loved her.

April 17, 2020 Buford Satcher was the sixth of ten children born to the late Willie Satcher and Ethel Bronson-Satcher... read more