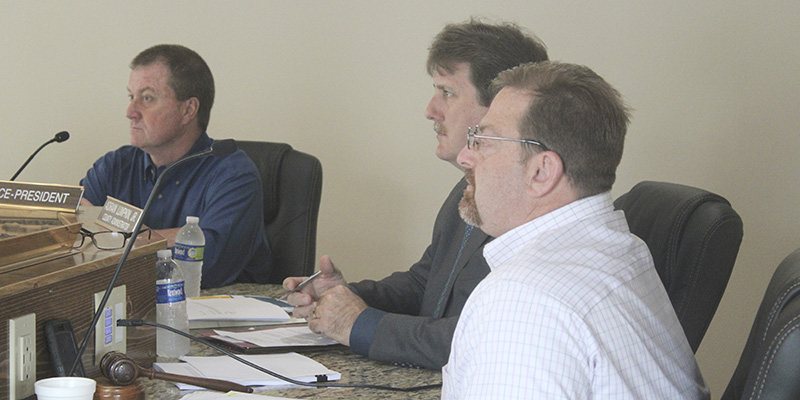 The Pearl River County Board of Supervisors declared the county a “Second Amendment Safe Haven,” during Monday’s regular Board meeting.

The resolution states that the Board is concerned about the passage of bills that contain language that would infringe on the right to keep and bear arms, and expresses a commitment to Second Amendment rights.

District III Supervisor Hudson Holliday said he is not sure if the resolution will accomplish anything, and described the resolution as an effort to offer public support for the Second Amendment.

“This country was built on God, guns and guts, and I suggest we keep all three,” said Holliday.

The Stone County Board of Supervisors passed a resolution with the same language in February. Other counties in the state have also passed similar resolutions, said Holliday.

In a separate matter, the Board ordered $269,929 of furniture for the County Courthouse Annex from Main Space Office Solutions. The majority of work on the annex is complete, said County Administrator Adrain Lumpkin, and he expects the building will be turned over to the county for use in three to four weeks. The county still has approximately $500,000 left to pay for the construction of the building, which will total approximately $7.3 million.

In a separate matter, the Board approved the final payment for the 2019 County Wide Overlay project for $78,000 to Huey P. Stockstill LLC. The total project was for $776,000. The project was well past its September completion date, but the county is not collecting any liquidated damages. Les Dungan with Dungan Engineering said the contractor did extra work on Burgetown Road that the county was not billed for, which he felt helped offset delays. For several months, the only work remaining on the project was striping.

The next Board meeting will be Wednesday March 18 at 9 a.m.