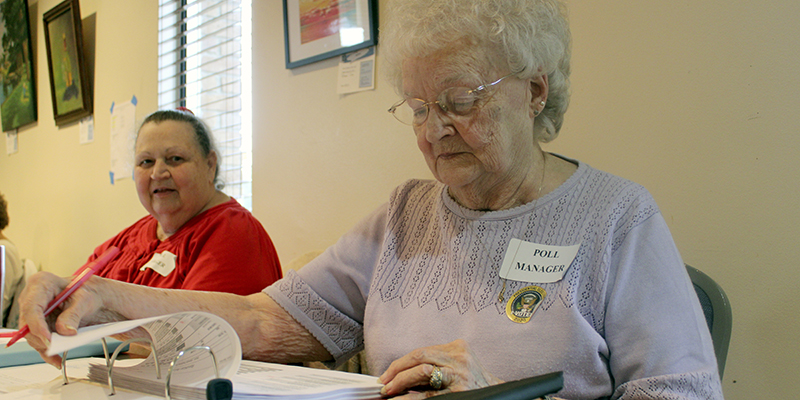 To the Polls: Poll manager Florine Raybon searches for a name on election day Tuesday at the Picayune 2 precinct in the Margaret Reed Crosby Memorial Library. Photo by Cathy Cook.

Unlike the general election in November when the County Courthouse was packed with locals awaiting election results for county seats, few were present in the Courthouse Tuesday night awaiting the results of the presidential primary.

Results available at press time contain 26 of 26 precincts within Pearl River County, but are unofficial until absentee and affidavit votes are counted.

Running unopposed, Cindy Hyde-Smith received 6,937 votes in the race for United States Senate. There were 84 write in votes.