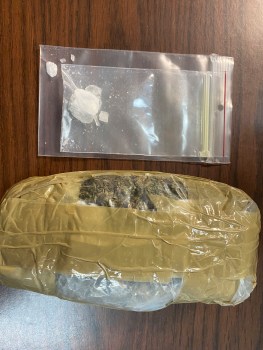 A green leafy substance believed to be marijuana was recovered in an arrest the Picayune Police Department made Thursday. Submitted photo. 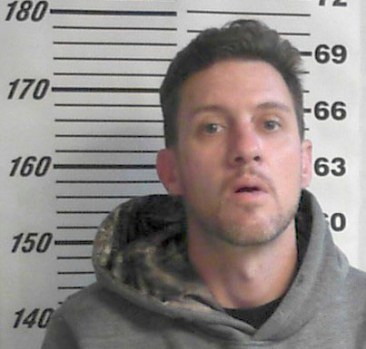 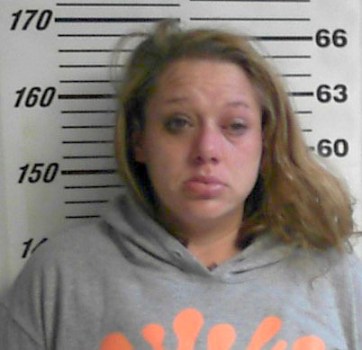 The Picayune Police Department made two recent arrests of suspects who were allegedly intent on distributing drugs.

On Thursday at approximately 12:40 p.m., an officer with the Picayune Police Department attempted to conduct a traffic stop on a motorcycle traveling east on Highway 43 near Alex Place due to an expired tag, said Assistant Chief Dustin Moeller.

Instead of pulling over, the motorcycle operator ran through the intersection of Highway 43 north and Highway 11 and continued east on Highway 43, said Moeller. The officer observed the driver reach into his pants pocket and pull out a clear bag, which he tossed to the side of the roadway. The clear bag was later recovered and allegedly contained methamphetamine, Moeller said.

The driver continued east before coming to a stop near a southbound ramp of exit six. Once the motorcyclist stopped, the officer made contact and detained him. The driver was later identified as Glenn Jude Dysart, 44, of 14 Eagle Heights Dr., Picayune.

Upon a search of Dysart’s person, officers located a large package of a green leafy substance believed to be marijuana, said Moeller. Dysart was arrested for two felony counts of possession of a controlled substance with intent to distribute.

Officers worked a separate drug case on Saturday Feb. 22. at approximately 8:11 p.m. when they were dispatched to 719 B. Cayten St. in reference to a suspicious vehicle parked in the road. Upon arrival, the officers attempted to make contact with the vehicle’s driver, later identified as Tina Marie Newberry, 33, of 147 Harris Road, Carriere, who appeared to be sleeping in the driver’s seat.

Officers detected the smell of marijuana emitting from the vehicle and asked Newberry to exit the vehicle. Moeller said that officers observed several bottles of various narcotics in the passenger seat. After further search of the vehicle, officers located a plastic bag containing a white powdery substance believed to be cocaine along with multiple smaller bags of the same substance that appeared packaged for resale.