From podcast to community service 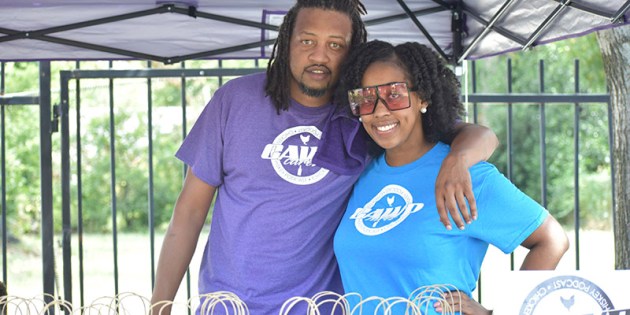 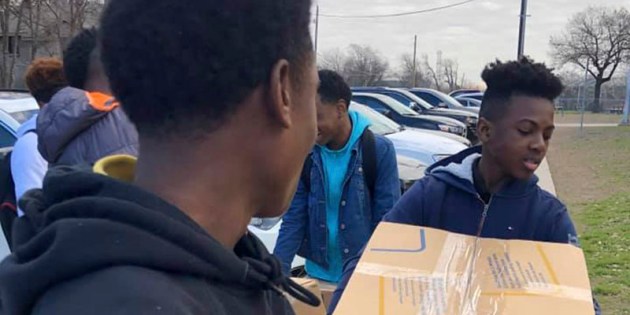 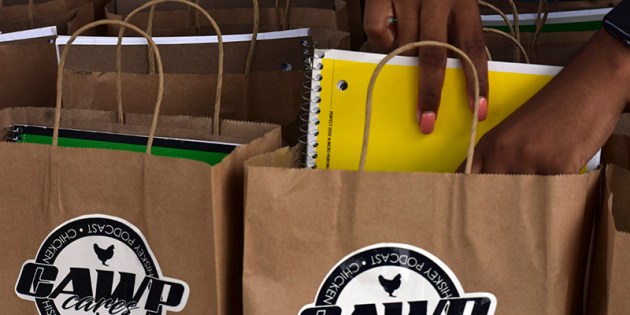 Ready to Learn: School supplies are gathered to be given away by CAWP Cares, a Dallas based nonprofit. Submitted photo.

A Poplarville High School graduate has been supporting his community in Dallas with a nonprofit that brings books to students and hygiene products to those in need.

The nonprofit began as a podcast called the Chicken and Waffles Podcast, then transitioned to CAWP Cares, a 501c3 nonprofit that conducts service initiatives to help the Dallas community.

Robert Houston, a graduate of Poplarville High class of 2001, and some of his friends started the podcast to talk about sports, entertainment news and politics.

“We were basically just some friends who wanted to come together and do something to help our community,” said Houston.

The podcast gave the group of friends a platform to see the need in their community and to see the community desire for nonprofit work.
Houston graduated from the University of Southern Mississippi in 2005, and was involved in the Omega Psi Phi fraternity.

“Doing different community projects with them really sparked my interest in helping my community and helping those in need,” said Houston.

Almost a year ago, the group’s first initiative involved gathering hygiene products for the homeless. They had a lot of support from family and friends, so they held another initiative, a Sockit to poverty where over 1,000 pairs of socks were given away to homeless people in Dallas. In a recent initiative in February, the group donated school supplies to Boude Storey Middle School for an “Adopt-A-School” event.

“We found a lane where we saw those in need,” said Houston. “Coming from Mississippi, it’s a little different. We don’t have that much of a homeless population, so it was new to see that when I moved to Dallas.”

The nonprofit’s mission is to passionately serve the needs of the community. The group typically holds fundraisers through social media, asking friends and family members to donate, then tries to hold events every other month.