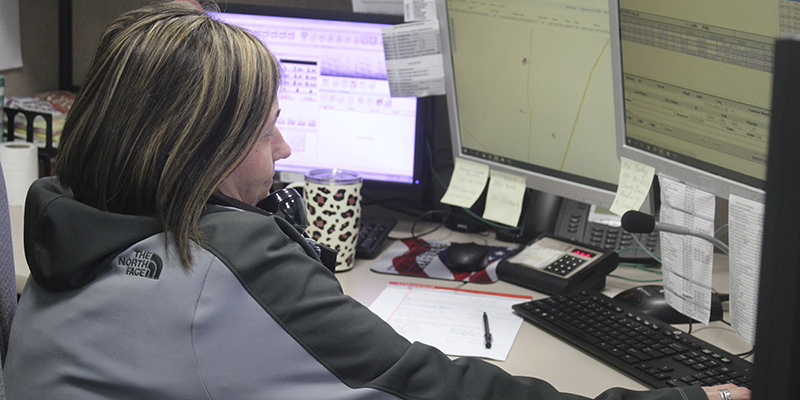 E911 dispatchers at the Pearl River County Sheriff’s Department direct calls for both the county and the city of Poplarville. The E911 consolidation will mean that calls for the county, Poplarville and Picayune will all go to the same dispatch.

Pearl River County has selected a system for the new E911 consolidation from Zetron and executed an interlocal agreement with the cities of Picayune and Poplarville. The two city governments are expected to execute the agreement in early April, said County Administrator Adrain Lumpkin.

Currently, the city of Picayune has its own dispatch center to field calls within that municipality, while the Pearl River County Sheriff’s Department’s dispatch receives calls for the county and Poplarville.

However, if a city of Picayune resident calls 911 from a cellphone, that call is sent to the Sheriff’s Department’s dispatch center and has to be rerouted, creating a delay in emergency services, according to previous coverage.

The consolidation will bring dispatchers, and calls, to one location, and all law enforcement agencies in the county will be on one system. The county and Picayune will have access to their own data, but will share a system for dispatch, answering calls, records management and jail management.

With the consolidated system dispatchers will be in one location, which should save time, said Sheriff David Allison.

The new system from Zetron will cost $1.2 to $1.3 million, said Lumpkin. There will be a firmer cost estimate when equipment is actually ordered, he said.

The cost of the new system will be split based on the call volume received for each municipality and the county: the city of Picayune will pay 42 percent of the cost, the city of Poplarville will pay seven percent of the cost and the county will pay the remaining 51 percent. Once the consolidation goes into effect, all dispatchers will be employed by the county, and the cities will contribute monthly to reimburse the county for the cost of the employees, said Lumpkin.