Supervisors to bid for cleaning services 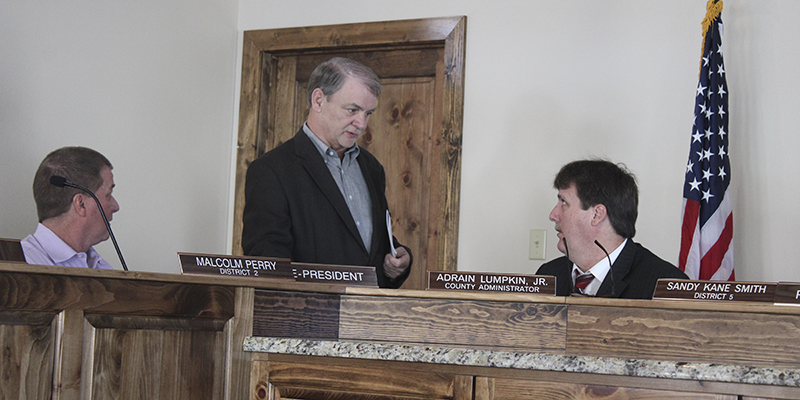 The county will be accepting new bids for cleaning service contracts for county buildings for the first time in several years.

At their meeting Monday, members of the Pearl River County Board of Supervisors approved advertising for cleaning service contracts for the Chimney Square Building, County Extension/DHS building, DHS/Justice Court building, the old County Courthouse and the new County Courthouse Annex.

District II Supervisor Malcolm Perry said he would like to see cleaning at the courthouse be taken over by a professional cleaning service.

“Nothing against the inmates, but they’re not going to clean as good as a cleaning company, and they could be out there doing maintenance work,” said Perry.

Lumpkin said it can be hard for the inmates to clean, because they have to clean between 8 a.m. and 5 p.m. during the day, whereas a contracted cleaning service could have their staff clean a facility after 5 p.m. when the courthouse is not conducting business.

The Board also approved a change order for $13,735 with Audio Visual Specialists Inc. for work in the Chancery Court courtroom in the new County Courthouse Annex. The change order will add monitors and an document projector system for judges, attorneys, witness and clerk stations. Lumpkin said that the county missed the work when they planned for putting an audiovisual system in for the jury.

—Listened to concerns from Gerard LaTulippe about the state of roads in the Wildwood subdivision. LaTulippe represented the Wildwood Homeowners Association and said that there are a significant number of sink holes in the roads. Road Manager Charlie Schielder said to let the department know anytime there is a sinkhole and they will take care of it.

—Approved a pay application to Magco Inc. for $65,275 for work on bridges on Progress Silverrun Road. The payment will come from ERBR funding, said Les Dungan of Dungan Engineering.