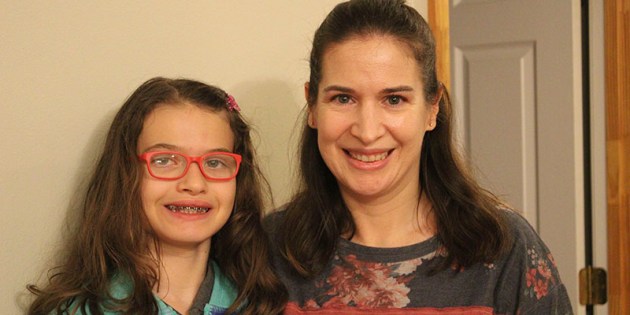 Ready for the Fair: Fourth grader Merishca Lumpkin was encouraged to participate in the regional science fair by her mother, Dina Simonaeaux. Cathy Cook | Picayune Item 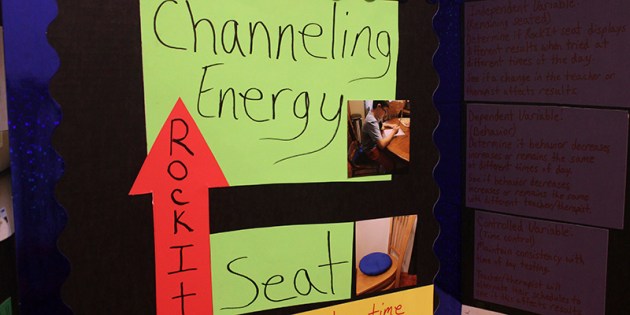 Display: Merishca Lumpkin’s poster display is ready for the science fair. For her project, Lumpkin built a seat that helps her brother focus on his schoolwork. 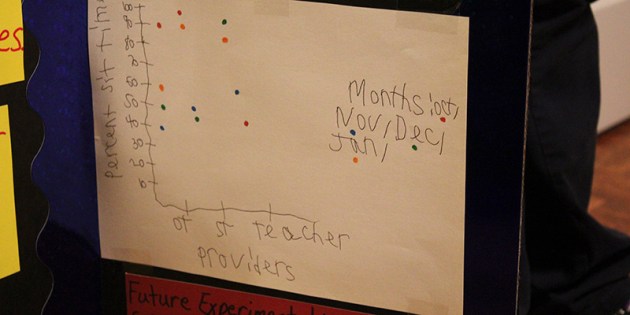 Tracking progress: This graph reflects the increase in the time Lumpkin’s brother was able to sit and focus on schoolwork using the seat she built as part of a science fair project.

For her science fair project a Poplarville Upper Elementary School student built a device to help her older brother focus while he sits to complete schoolwork.

Fourth grader Merishca Lumpkin built a padded seat made of wood with a removable cushion designed to be placed on top of any chair and allow her brother to rock in any direction. Merishca designed and built the device with the help of her mother, Dina Simoneaux. Both Merishca and her brother Maven Lumpkin are autistic.

Maven receives tutoring, along with speech therapy and occupational therapy at home. One challenge in completing his schoolwork is that he has difficulty sitting still, said Simoneaux. When Maven attended public school he had trouble sitting still for five minutes, said Simoneaux. However, while sitting on the device placed on a chair, he can sit and focus on his schoolwork for 45 minutes and his therapists have seen an improvement in Maven’s concentration. Some people with developmental disabilities like to rock or move side to side, and the seat enables that movement, said Simoneaux.

Building the seat and assembling her science fair poster was a challenge for Merishca because she did not like how it felt to write on top of the cardboard display, so Simonaux assisted her. Merishca was also scared of the paint, but painted the wooden seat despite her fear.

Although some parts of the project were a challenge, Merishca said completing the project was still fun. She will compete in the Region 1 Science and Engineering Technical Fair on Saturday, Feb. 28.

“It’s super important for kids to get out there and try,” said Simonaux.

The lower science fair that Merishca will participate in includes students from kindergarten through sixth grade, said Region 1 coordinator and University of Southern Mississippi professor Dr. Kendrick Buford. Between the upper fair on Feb. 22, which includes seventh through 12th grade students, and the lower fair there are typically 500 students who participate, said Buford. Students at the lower fair will compete with Mississippi students from 22 counties.

“It’s not like memorizing facts, which is important, but is a meaningful application of science, which helps build future scientists,” said Buford.

Participants research a topic and create a display board after they complete their research, said Buford. Along with their research board, students also complete an interview about their project.

“You want to drill them, but you also want to treat them like the rockstars they are,” said Buford.

Science fair organizers have been incredibly helpful in accommodating Merishca’s needs, said Simonaux. Fair organizers ask teachers and parents to let them know how they can accommodate a student’s disability, said Buford. Accommodations for students with developmental disabilities can include allowing teachers or parents to sit with the child to put them at ease, or being judged in a separate room where the student can be away from large crowds.

“We do our best to emulate any adjustment the school has already made, because at science fair we like all of our students to feel at home,” said Buford.

Students with disabilities need appropriate accommodations to allow them to excel, said Simoneaux.