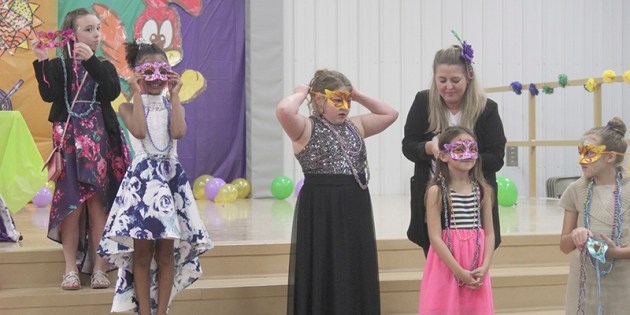 Court members don their masks at the Roseland Park Elementary School Fundraiser Thursday. The students who gathered the most donations were members of the court. Photo by Cathy Cook. 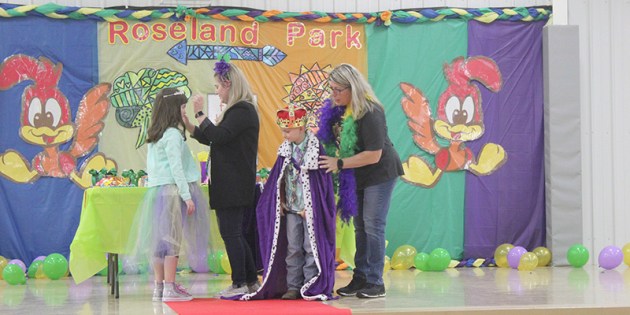 The school’s spring PTO fundraising efforts culminated in a Mardi Gras event Thursday night, with beads, face paint, food and a court, and 25 percent of the funds raised will be donated to St. Jude. The students who collected the most donations prior to the event were recognized by being members of the court.

Along with donations collected by the students, the PTO also raised money by selling food at the event. Kona Ice agreed to donate 25 percent of their proceeds from the evening to St. Jude. Prior to the event, the students had already raised $641, said Principal Kimberly Massengale.

Donating to St. Jude helps teach the students good citizenship, said Massengale. Co-PTO President Michelle Broadway said the fundraiser was a chance for the students to help other children.

“We wanted the kids to realize that we have sick babies in the world,” said Broadway.

“We had children empty their piggy banks,” said Broadway.

The fundraiser went well and the PTO will probably hold it again next year, she said.