PRCC president discusses school affordability in his State of the College 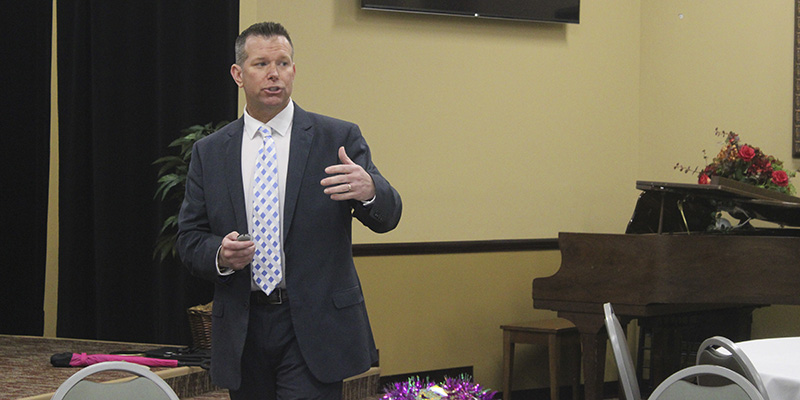 PRCC President Dr. Adam Breerwood delivers his State of the College address Thursday. His speech focused on the school’s increased enrollment and commitment to affordability. Photo by Cathy Cook.

PRCC President Dr. Adam Breerwood said that since he began in 2017, the college has focused on becoming more efficient and offering affordable education.

“Every single day we’re trying to change the lives of the people we serve,” said Breerwood.

College enrollment has been in decline across the nation, said Breerwood, which leads institutions to increase the cost of tuition. The average tuition cost at institutes for higher learning in the state has increased by 71 percent since 2009, said Breerwood.

However, PRCC’s tuition has remained the same for the last three school years and the school increased the amount of institutional scholarships it gives out by $1.6 million in those same three years. In the 2019 fiscal year, the school spent $3.8 million on institutional scholarships and that number increased to more than $4.6 million in the 2020 fiscal year, said Breerwood.

To fund those additional scholarships, the school worked to become more efficient—including eliminating 19 staff positions, allocated money from other parts of its budget, worked with industry partners and received help from the Forrest County Board of Supervisors, said Breerwood.

Along with freezing tuition costs and increasing the scholarships available, the school invested in marketing and embraced online courses, said Breerwood.