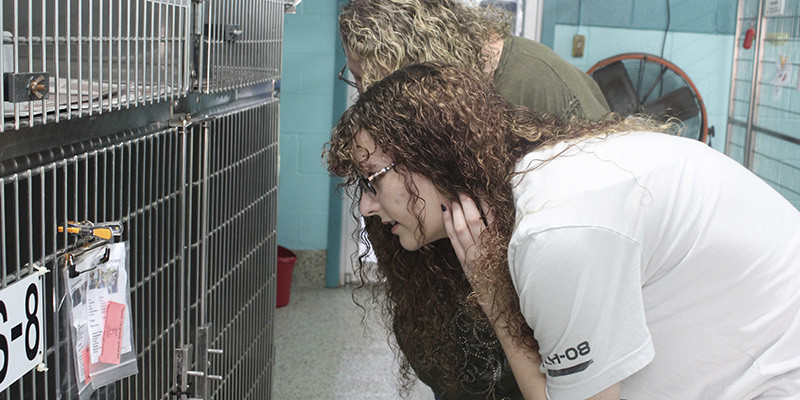 Saturday morning, members of the community lined up in front of the Pearl River County SPCA to attend the open house of the shelter’s newest addition, the cat room.

During the event, SPCA staff gave away almost 150 low cost spay and neuter coupons, and with reduced adoption fees the shelter was able to get two cats and five dogs adopted during Saturday’s open house, said Shelter Director Judy Wheaton.

In an effort to become a no-kill shelter, the SPCA also asks people to schedule animal drop offs. By spacing their intake out, the shelter is able to find homes for more animals. Despite an increase in the number of dogs the shelter took in from 2018 to 2019, it was still able to euthanize fewer dogs in 2019.

The shelter’s overall live release rate is at 71 percent. The rate is higher for dogs at 86.4 percent but lower for cats at 44.9 percent, said Wheaton.

While some of the open house visitors picked out new pets and others came for coupons, some visitors simply wanted to see what was happening at the local SPCA.

“Almost all of our animals are adopted from the shelter, so we just wanted to come check it out,” said Victoria Kingrey.

The shelter was able to show visitors the updates to its dog room, including new flooring, which was funded by a grant from Walmart and Coast Electric Power Association. Visitors could also see the new cat room, which was funded with money from PetSmart and donations that were designated for construction of the cat room, said Wheaton.

The new space allows the shelter to house the cats it has just taken in separately from those ready for adoption, said Wheaton. The additional space is good for the mental well being of the felines and should reduce the risk of cats getting sick while in the shelter’s care, said Wheaton.