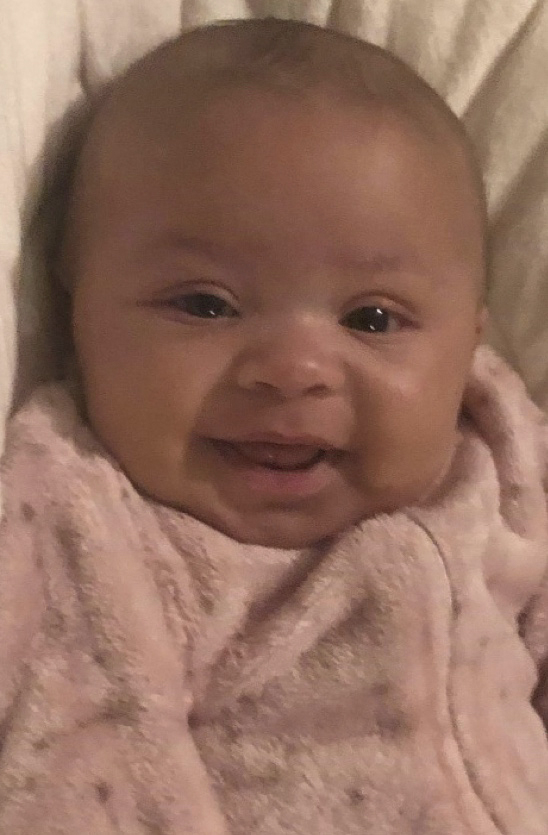 “Verily I say unto you, Whosoever shall not receive the kingdom of God as a little child, he shall not enter therein.” Mark 10:15

On October 14, 2019, the Lord blessed Ashley Riley and Gwon Merrill Sr. with a beautiful angel named NeVariah LaShay Lynn Merrill. Even though it was for only a short time, she brought much joy and happiness to everyone who met her. NeVariah had a smile that illuminated every room she entered. She was Gwon’s “little strawberry.”

On the evening of January 25, 2020, the Lord descended his angels to bring her from her earthly home to her heavenly home. NeVariah was preceded in death by her grandmother, Barbara Merrill, and her great-grandparents: Bennie Lou, Leon Stubbs, and Frozine Holloway.