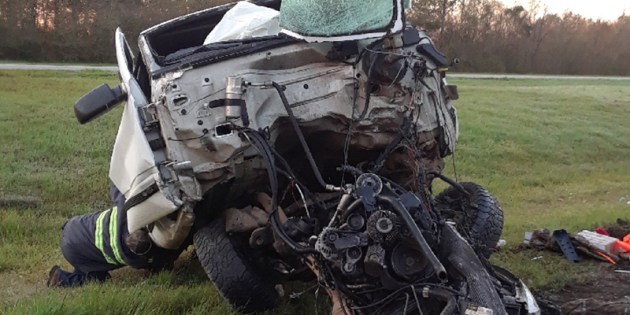 This vehicle was involved in an early morning collision with another vehicle Friday. No serious injuries were reported. Submitted photo. 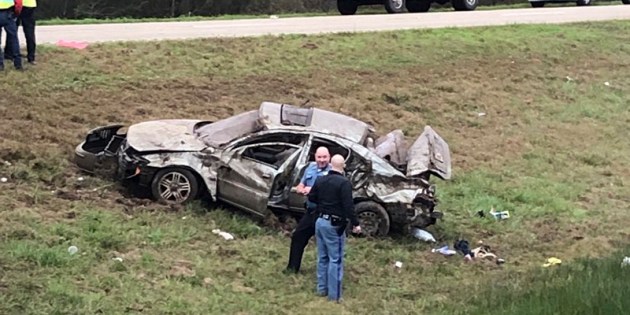 Recently, Mississippi Highway Patrol troopers worked a fatal collision involving an 18-wheeler and a Dodge Charger, and a single vehicle accident that resulted in only minor injuries despite involving a vehicle carrying nine passengers that was rated to carry only five. A separate accident that occurred Friday morning was worked by officers with the Picayune Police Department.

Mississippi Highway Patrol’s Troop K worked the fatal collision, which occurred in Pearl River County on Highway 26 and West North Street on Feb. 18 at approximately 10:26 a.m. That collision involved an 18-wheeler carrying equipment and a mid sized sedan, said Trooper Cal Robertson. The cause of the accident is still under investigation.

Joseph Harper of Carriere was the driver of the 2007 Dodge Charger involved in that collision. The other vehicle was a 2018 Kenworth semi truck. Harper sustained fatal injuries in that collision, Robertson said.

A five-passenger vehicle left the roadway and over turned in the median of Interstate 59 near mile marker 43. Nine people were in the vehicle, and all of them were transported to an area hospital. None of them sustained serious injuries. Robertson said that at least four of the people in the vehicle were not wearing seatbelts, since it was only designed to hold five.

Friday morning, Picayune Police Department officers responded to a two-vehicle collision that occurred just before 6 a.m. A vehicle traveling south at a high rate of speed on I59 between the Carriere and Picayune exits rear-ended a vehicle carrying a travel trailer near mile marker nine, said Capt. Kerry McGill. The driver of the vehicle that collided with the travel trailer was taken to an area hospital. At press time McGill said that he did not believe there were any life threatening injuries involved.