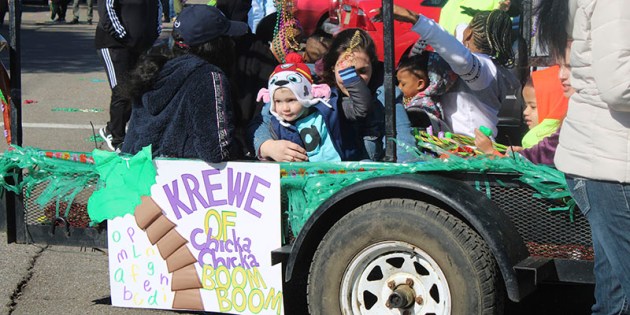 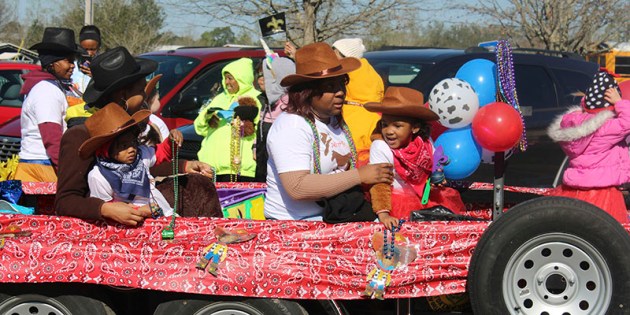 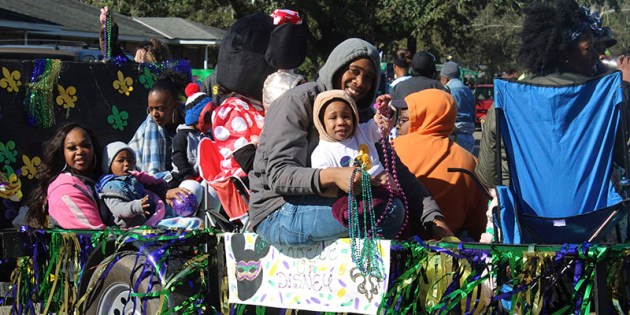 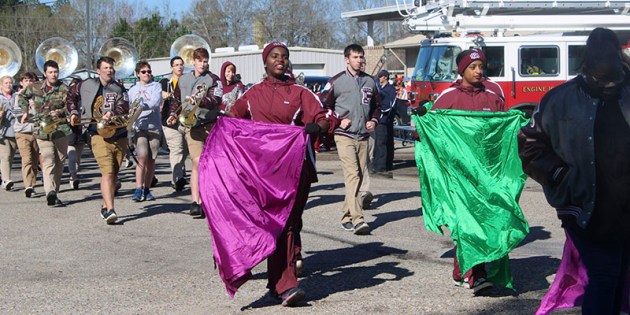 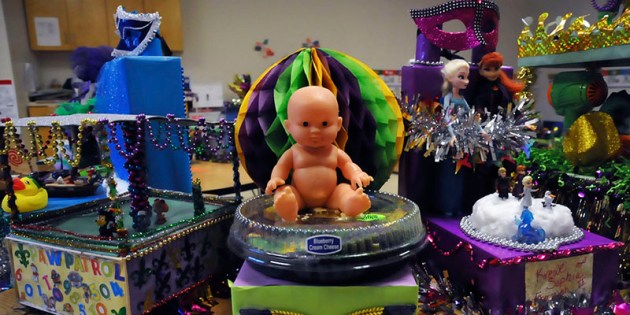 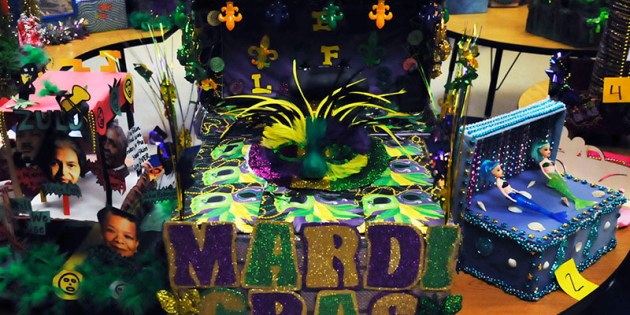 Students from the elementary schools lined up with bags to watch the parade and catch throws. The floats were ridden by Early Head Start students, who were bundled up in the cold weather and dressed to match their float’s themes, such as the kids in cowboy hats who rode on the Old Town Road float.

The parade included Krewes like the Krewe of Unicorns and the Krewe of Crayons, and the floats were decorated with everything from jungle scenes complete with giraffes and zebras, to Dalmatian spots, for the Krewe of Dalmatians.

Roseann Lee looks forward to bringing her grandchildren to the parade every year.

“It’s fun for the community and the kids,” said Lee.

Efuntae Clemmons and her daughter Joslyn came to show their support, because Joslyn was a student at Early Head Start and rode in the parade last year.

Venus Fendel and her two kids also enjoyed the parade. Having a parade that is less crowded is especially good for young kids, said Fendel.

“It was better than most parades, because we got more stuff and it was less crowded,” said Fendel.

Mardi Gras celebrations at Head Start gave passersby an opportunity to stop in and see the models of floats created by the children of the school, with a little help from their parents.

The floats varied in design and were part of a purposeful choice by Head Start staff to encourage family engagement.

Children and parents worked together at home to build the floats before bringing them in.

“It’s a great family activity, although I think some of the parents were more competitive than the kids,” Head Start Administrator Ashley Scott said.

The canned food drive was intertwined with the Mardi Gras Celebration.

The boy and girl who brought in the most canned goods would be named king and queen at the school’s Mardi Gras Ball, which serves as the culmination of the celebration.

The food will be donated to the Christian Care Ministries in Picayune.

The Mardi Gras Ball, held Friday night, was the climax of the month long celebration.