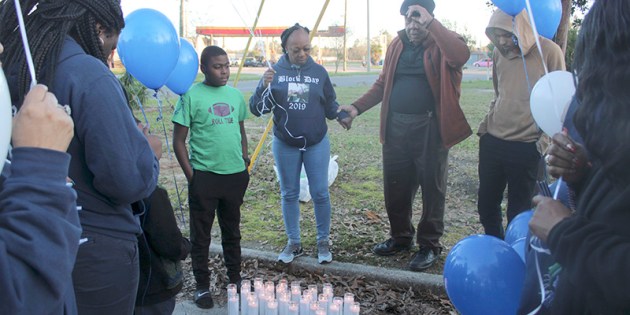 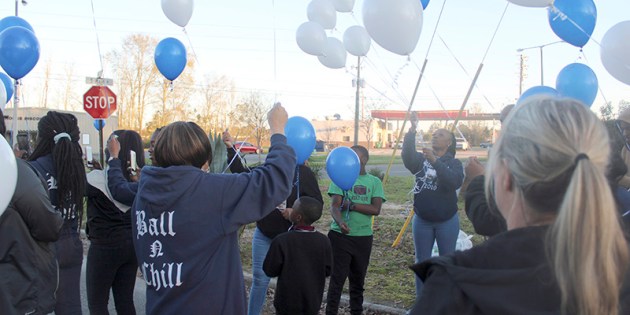 Family and friends gathered to remember Justin Nixon at an annual candlelight vigil Thursday night at the corner of Jarrell Street and Main Street.

Justin Nixon was murdered in 2018. His body was found on Feb. 28, 2018 behind a home on Jarrell Street. Malcolm Nixon, Justin’s cousin, pleaded guilty to the second-degree murder of Justin and was sentenced to 30 years in November 2019.

At the vigil, Rev. Alex Wesco Jr. offered a prayer asking for an end to violence, and then attendees released white and blue balloons into the sky.

The Picayune police officer who led the investigation into Nixon’s death, Lt. Rhonda Johnson, was also in attendance.

“They invite me every year, and every year I come,” said Johnson.

“He is loved. He is missed,” said Ratcliff.