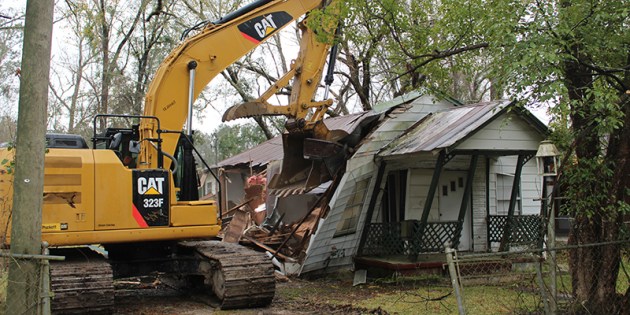 This house along Third Street in Picayune was demolished by city crews after the owner determined it could not be repaired. The cost of the demolition will be placed as a lien on the owner’s taxes. Photo by Cathy Cook. 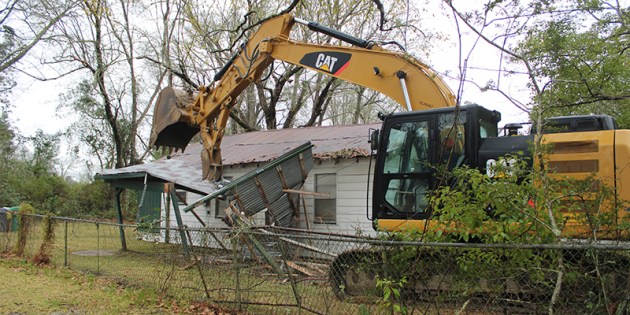 In addition to this house on Third Street, and another demolished on Fern a couple weeks ago, more dilapidated homes in the city of Picayune are slated for demolition. Photo by Cathy Cook.

The city of Picayune continued scheduled demolitions of blighted properties on Friday, this time involving a house on Third Street.

The property had been inherited by the homeowners and had been unoccupied for many years, said Code Enforcement Officer Tom Milar.

The home was located at 924 Third Street and had electric wiring and broken plumbing that was not up to code, said Milar. The homeowners had a little under a year to decide if they wanted to fix the property or have it demolished.

“When properties sit idle, they become an invitation for transients and illegal activity,” said Milar.

The home is the second of four houses scheduled to be demolished. The next will be a property off of North Monroe Street. On average, the city demolishes four to five homes per year, but the number varies significantly from year to year, said Milar.

The city typically schedules demolitions of blighted property in winter, because the crews who do demolition work usually have large jobs in summer months, said Milar.