Vehicle accidents result in closed road and vehicle fire, but no injuries 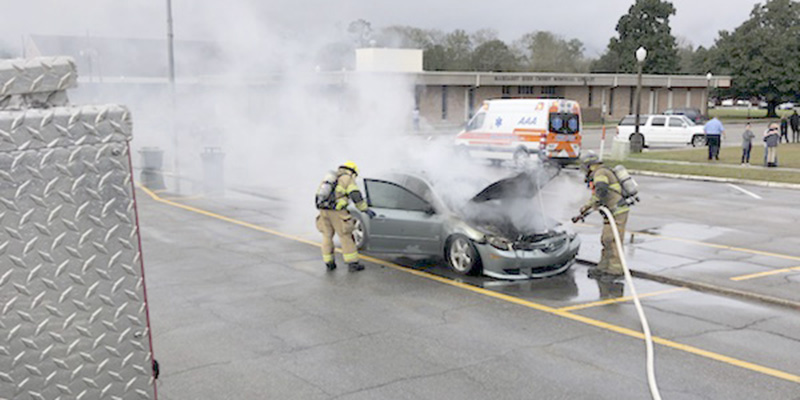 A car crash Friday closed Caesar Road for several hours, but no one was injured.

Friday morning the Sheriff’s Department responded to a car crash involving a Ford Expedition near the 200 block of Caesar Road, said Major Joe Quave. The accident occurred at approximately 8:40 a.m.

The driver was going south down the road when she pulled left to avoid an animal, and then pulled farther left to avoid an oncoming vehicle, Quave said. She lost control of her vehicle and drove off the roadway before crashing into a street sign and a utility pole.

The utility pole was unstable as a result of the accident, so the road had to be closed for several hours while the pole was fixed, Quave said. The pole was fixed and the road was open again by 2 p.m. Friday.

The Picayune Fire Department also worked an accident Friday, which also had no injuries, said Lieutenant Jason Hunt. The two-vehicle accident occurred at the intersection of Goodyear Boulevard and Kirkwood Street at approximately 2 p.m. One car caught fire because of the accident, but the fire was quickly extinguished by C-shift Picayune firefighters.

In light of the strong storms forecast for Saturday, drivers should take the weather into consideration when they are on the road, avoid driving if possible, and drive slower, said Quave.

This article has been updated to reflect that the vehicle on Caesar Road was traveling south not fast.