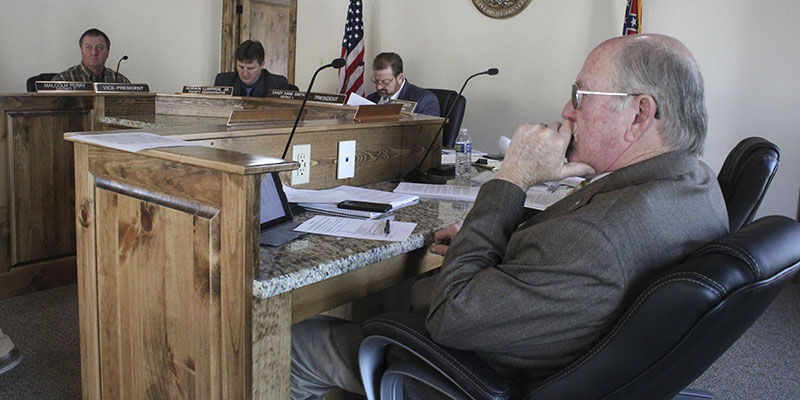 District III Supervisor Hudson Holliday said he has voted against the lease twice previously, but voted for it Wednesday because he thinks it will ensure the long-term financial stability of the county’s healthcare.

“I am convinced that this is a good deal, financially at least, for the county. I am hoping it will be a good deal medically,” Hudson said.

In a separate matter, the Board heard an update concerning repairs to county bridges. There are 13 bridges that still need to be replaced in the county, and 14 bridges have been replaced in the past 36 months, said county engineer Les Dungan.

It cost approximately $4 million to replace the 14 bridges, said Dungan. It will cost an estimated $4.5 million to replace or repair the remaining 13 bridges, he said. Seven bridges are currently under construction, three have funding in place and are scheduled for replacement and bids to replace another bridge are scheduled to be opened in February. One bridge has been permanently closed for decades and should be removed from the county’s inventory, he said.

The county will receive less Local System Bridge Program money from the Mississippi Legislature during this Board’s term, said Dungan. The Legislature put a permanent source of funding in place from Internet sales tax, which long term should increase the funding the county receives for roads and bridges, Dungan said. However, because those funds will increase over time, during the current four year term the county will receive half the LSBP money it received last year. This means that instead of being able to replace four bridges with that funding, the funding expected will only support replacement of two bridges in this four year Board of Supervisors term, said Dungan.

The Board approved submitting programs to replace a bridge on County Farm Road and a bridge on Hickory Road for LSBP money.

Dungan said he has received direction from the state to begin checking to make sure the proper signage is on bridges to indicate whether they have a low weight load limit on a monthly basis instead of an annual basis. The state will pay to do the monthly bridge inspections, but the county may have to pay to replace more signs with the higher frequency of inspections, said Dungan.

—Approved a payment of $155,454 to Magco, Inc. for work on Silverrun Road. The funding for the project comes from the state, said Dungan.

—Acknowledged a new mileage reimbursement rate, which decreased from $0.58 per mile to $0.575 per mile.