Playing to the past 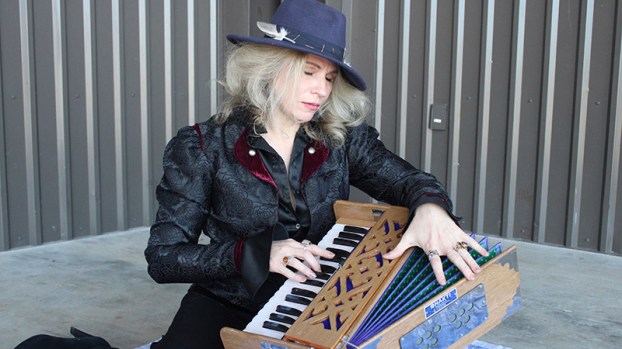 Bellows: Instead of pedals like on a reed organ, harmoniums have bellows and look similar to accordians. The Victorian era instrument lost popularity in Western music after the invention of the synth. Cathy Cook | Picayune Item 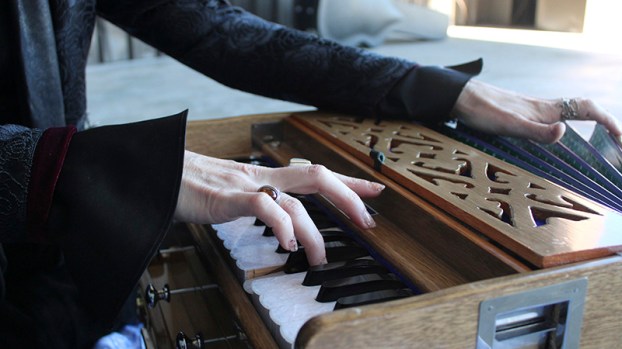 Harmonium: The travel sized pump organ has four stops that can be pulled to produce a drone sound. Picayune native Laura Semilian acquired her harmonium to perform in a historic gold mine. Cathy Cook | Picayune Item 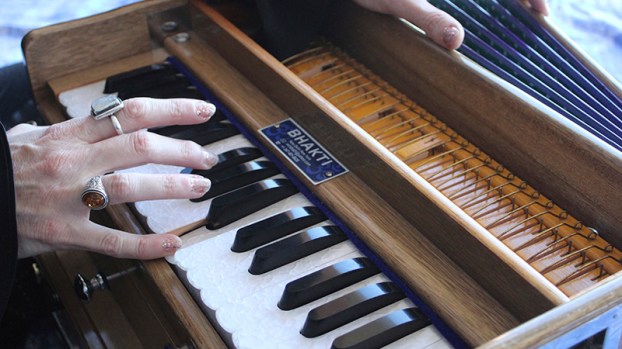 Bold sound: Semilian reveals the interior of her harmonium. Typically she lays cloth inside the instrument to dampen the sound and create a smoother sound. Cathy Cook | Picayune Item 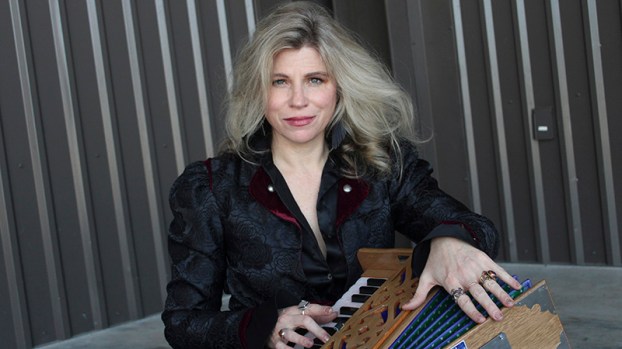 Inside a pinewood case that resembles a small suitcase is a travel sized pump organ, complete with keyboard and bellows similar to an accordion, called a harmonium. The musical instrument is a Victorian era device that went out of style in Western music with the invention of the synth.

Picayune native Laura Ingram Semilian performed with her harmonium, alongside Chris Wise on guitar, at Byrd’s Chapel in December.

Semilian’s love for performing in historic spaces is what brought her to the harmonium. Semilian trained as an opera singer and acquired both a masters in music and history. She learned to play piano from the music books nestled in her mother’s piano bench.

Semilian lives in North Carolina and wanted to perform in a historic goldmine, so she needed an instrument that would be easy to transport and would not be affected by the damp of the mine.

Her quest for the instrument began when she found an antique harmonium, but she wanted a smaller version that would not be so fragile. Semilian searched antique stores and music shops from Colorado to New York before she found a store in Queens where the staff make new harmoniums by hand.

The instrument has four stops that can be pulled out to produce a drone that sounds underneath the notes played on the keys. While performing, Semilian sometimes sets the harmonium in her lap or at other times places it on a table. She works the bellows with her left hand and plays the keys with her right.

“It’s not just the chops on the right hand, but the instincts on the left,” Semilian said.

Missionaries traveled with harmoniums around the world, and the instrument is still popular in the Asian subcontinent, Semilian said.

Harmoniums have been adapted for folk music and for music in different religious traditions, she said.

The bellows allow the harmonium to produce a much larger and richer sound than its size suggests, and the drones help create overtones—or higher tones that sound simultaneously with the fundamental tone being played.

“You can hear where it would have been used in devotional music,” Semilian said.

Along with the gold mine, Semilian has performed in other historic places like the Appamattox Court House in Virginia where the Civil War ended, she said.

Semilian performs historic music because she said it gives insight into the lives of people who lived in those times.

People can find out more about Semilian’s music on her Facebook page or watch her play the harmonium on her Youtube channel Laura Ingram Semilian. She is working to release a recording of her performances later in 2020.