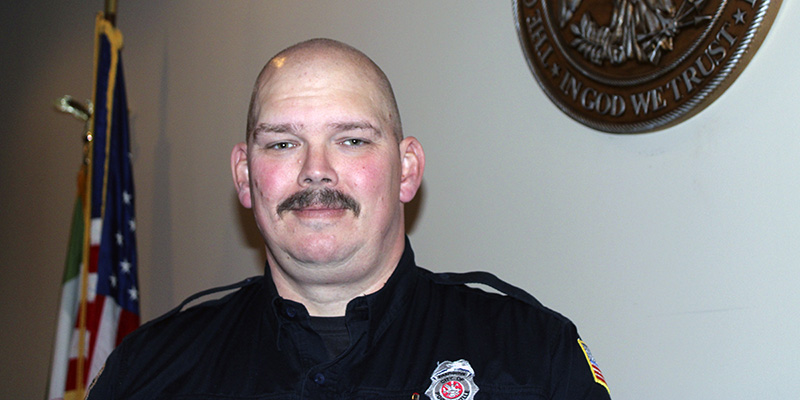 The Poplarville Board of Aldermen hired Jason Bannister to serve as the new Fire Chief at their Board meeting Tuesday. Photo by Cathy Cook.

Continuing to improve Poplarville’s fire insurance rating will be a priority for the city’s new fire chief.

Part time Poplarville firefighter Jason Bannister was hired as the city’s new fire chief Tuesday by the Poplarville Board of Alderman.

“In five years, I would love to see the Fire Department at least one class rate lower,” he said after being named the new chief.

Bannister has worked in fire service for 23 years and has been a firefighter at the Slidell fire department for the last 12 years. He joined the Poplarville Fire Department as a part time firefighter six months ago, he said, and lives in the north end of the county. Bannister said the biggest challenge he foresees is being able to keep the required number of personnel on duty, but he is looking forward to working with the team.

“The Fire Department has great people working for it,” Bannister said.

The next Board meeting will be Tuesday Jan. 21 at 5 p.m. in City Hall.