County libraries will save money on new integrated library system 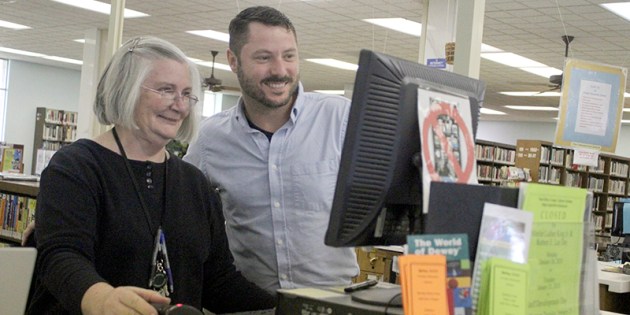 Staff members at both Pearl River County libraries will spend Tuesday and Wednesday learning a new integrated library system. The libraries will be closed Monday through Wednesday for the holiday and to train staff. Photo by Cathy Cook 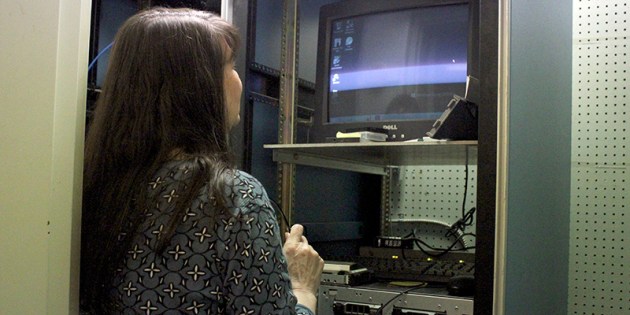 Phyllis Gage, head of technical services and cataloger at the Margaret Reed Crosby Memorial Library, examines the library’s in-house server. The library is transitioning away from the in-house server, which will give Gage more time to spend cataloging. Photo by Cathy Cook.

Library patrons may have slower service on Thursday, since staff are learning the system on Tuesday and Wednesday, and there may be technical glitches to work out, said Pearl River County Library System Director Carol Phares.

Libraries in Pearl River County have used a filing system from SirsiDynix since the library’s catalog first transitioned from a physical card catalog to a digital one more than 20 years ago, Phares said. The filing system costs approximately $17,000 a year, which consistently increased every year, said Phares. The new database, Atrium from the company Booksystems, will cost approximately $8,000 annually and that price is guaranteed for the next five years, said Phares.

The management system was and will continue to be the second highest library expense after paying staff, said Phares. In the current year, the library will still spend approximately $17,000 to pay exit costs associated with the old system and pay for the new system, said Phares, but the expense will decrease in the following year.

The savings will be put toward community services, and will further the 2020 to 2024 strategic plan created with local community leaders, said Whitfield. The money saved is not enough to invest in ebooks, but that is still something the library is pursuing funding to provide, said Phares.

The previous system also occasionally created a check-in error, said assistant cataloger Melissa Whitfield. The error led to patrons being billed a late fee even though the book had been returned on time. The failed check-in issue occurs at other libraries with the same system, Whitfield said, and should not occur with the new system. The online catalog should also be more user friendly, said head of technical services and cataloger Phyllis Gage.

Part of the savings are because the Pearl River County libraries were already planning to switch from an in-house server to using the Cloud to store their data, because library management systems are transitioning from offering systems with in-house servers at the library to Cloud storage. However, even with that transition, the new system will be a third of the cost offered by SirsiDynix, said Phares. The library’s administration is confident that data will be secure in the new system, said Whitfield.

Gage will be able to spend more time cataloging with the transition away from an in-house server, she said, because updates and glitches will be dealt with by the company instead of at the library.