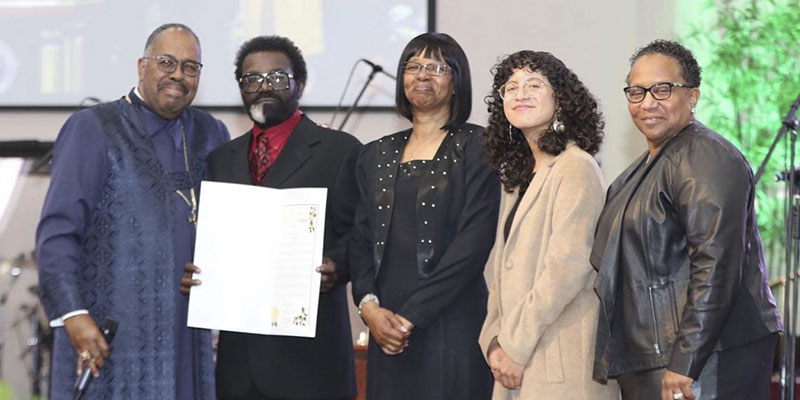 The City of Oakland, California will honor a Picayune native with his own day on May 22 for his employment and guidance offered to young men in that area over three decades.

Jackie Hurd was recognized for the 32 years he spent as a barber and mentor in Oakland at a ceremony on Jan. 12 that declared May 22 as ‘Jackie Hurd Day’ in the City of Oakland.

Hurd was born and raised in Picayune, but in his early 20s he followed his mother and grandmother to California. In 1976, Hurd, his wife Ruby and their two children moved from Mississippi to the bay area.

Initially Hurd worked at the Jelly Belly candy factory, until he was injured on the job and subsequently began a new career as a barber. After an apprenticeship, he opened his own shop, before opening two more barbershops along the same block.

“When I was young in Picayune, I used to line people up, and I always had one of the nicest afros in town, and everybody used to talk about how pretty my hair was, so it was a God given talent,” said Hurd.

Over the course of his career, Hurd employed over 200 barbers, some of whom had troubled backgrounds or spent time in prison, said Hurd. Employing and mentoring people in the Oakland community was important to him, because he saw the need in that community.

“I did so much great work God allowed me to do, and when I saw how the people were struggling, God gave me a way to figure out how to put people to work,” said Hurd.

Although he retired in early 2019, Hurd still makes weekly visits to the shops of the barbers he mentored to talk with them about getting good credit and saving money to purchase a home.

“You have to come up with a plan. A man without a plan, plans to fail,” said Hurd.

One of the most memorable moments in his career was when Muhammad Ali visited his shop in the late 90s. Hurd remembers getting phone calls on his way to work that Ali was in the shop, but he didn’t believe them until he saw the famed boxer for himself. Hurd still has a business card Ali signed for him.

Although he’s retired, Hurd still has advice for young people who want to start their own businesses: stay focused, set goals and go forward.