Board hears update on bridge construction and honors local leader 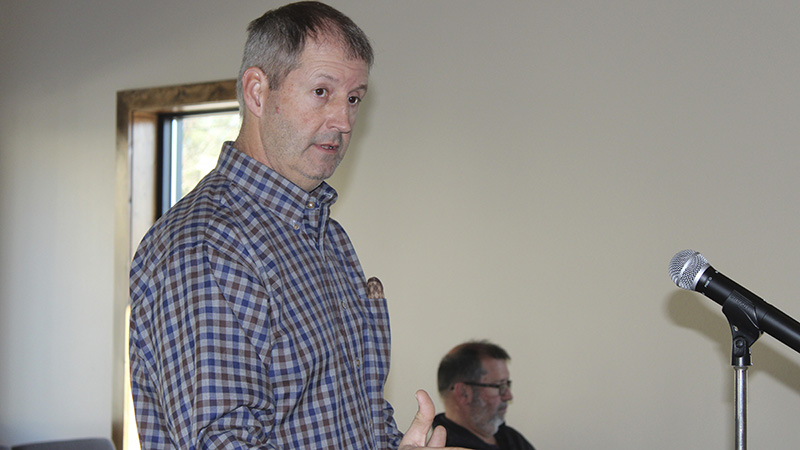 Les Dungan updates the Board of Supervisors on the current bridge construction projects at a regular Board meeting Monday. Dungan encouraged the Board to speak with state legislators about bridge funding. Photo by Cathy Cook.

An accident occurred on Anchor Lake Road Friday near a bridge that is under construction, said County Engineer Les Dungan.

The accident was minor and as a result there were no reports of people suffering a serious injury, Dungan said. The contractor had already begun clearing trees, but a crane was moved in and the bridge was closed on Thursday to begin removing and replacing the bridge.

After an investigation, Dungan suggested the contractor enhance signage, especially in the onset of the closure to ensure motorists are aware the bridge is closed. The bridge is expected to be closed for eight weeks, Dungan said.

Pearl River County’s Board of Supervisors also heard updates from Dungan concerning bridges across the county. There is ongoing construction for four bridges in the county.

Two bridges on Progress Silver Run Road are built and open to local traffic, but the contractor is still working on the embankment and construction is expected to be completed in March, Dungan said.

—Renewed the county’s participation agreement in the Mississippi Association of Supervisors Inmate Medical Program. The Association has a separate contract with Gulf Guaranty Employee Benefit Services that provides some of the administrative services in the program. The goal of the program is to save money on medical costs for county inmates.

—Acknowledged that Jan. 20 is a state holiday and county offices will be closed. The state of Mississippi lists the holiday as recognizing both Martin Luther King Jr. Day and Robert E. Lee Day, said County Administrator Adrain Lumpkin when asked.