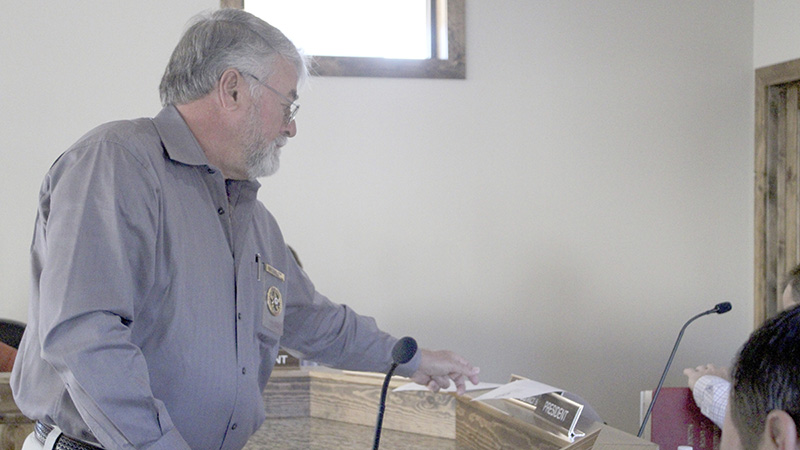 Pearl River County’s Board of Supervisors approved a motion to pay to demolish and replace unused built-in office furniture in the Chancery Clerk’s office of the new County Courthouse Annex.

At their regular meeting Monday, the Board of Supervisors approved the change order, which totaled an additional $57,164—bringing the $7.1 million contract with Hanco Corporation to $7.2 million. The change order will include demolishing existing millwork in the new Chancery Clerk’s office, and installing new millwork. The changes also extend the contract time by 75 days, making the new date of substantial completion Feb. 29.

According to previous coverage, the change order was made because desk heights and countertop space were ill suited for the office’s needs. According to previous coverage, Chancery Clerk Melinda Bowman expressed her disappointment in the architecture firm’s work, because the office design failed to meet the majority of her requests. However, the county is paying for the furniture replacement. County Administrator Adrain Lumpkin said the county has not determined why the unsuitable office furniture was approved for installation.

The contract increase is still below the original $7.2 million contract, which was reduced to $7.1 million when the county could not acquire automatic lifts for the judges chamber, and instead purchased manual lifts, said Lumpkin. Lifts are necessary for ADA compliance, Lumpkin said.

In a separate matter, the Sheriff’s Department will now wait to ask the Board to accept final default judgments on seizures until after the date for a civil forfeiture appeal has passed.

The change is minor, but came after a discussion with the Board about the ethics and legality of civil forfeiture procedures.

Sheriff David Allison requested the Board accept a final default judgment in a seizure of $15,000 in cash, along with vehicles and televisions from a case where someone was arrested for allegedly dealing heroin. At the meeting date, there were still several days left before the deadline to appeal the decision.

District III Supervisor Hudson Holliday said he does not think it is fair to take money from someone who has not yet been found guilty of a crime. However, the Sheriff Department’s civil forfeiture procedures follow state law, said County Administrator Adrain Lumpkin.

Allison said that in this instance the person confessed to acquiring the money from selling drugs and said that in general the department does not try to take money from people who are arrested for only using drugs. Instead, Allison said the department focuses on removing as many assets as possible from people who are selling drugs.

Holliday said he credits the department for trying to seize a significant amount of money in this instance, but has seen requests for smaller amounts that could amount to someone’s “grocery money.”

Board attorney Joe Montgomery recommended that Allison wait to make requests to accept forfeiture related judgments until after court orders are final, because approving the order before it is final could create complications.