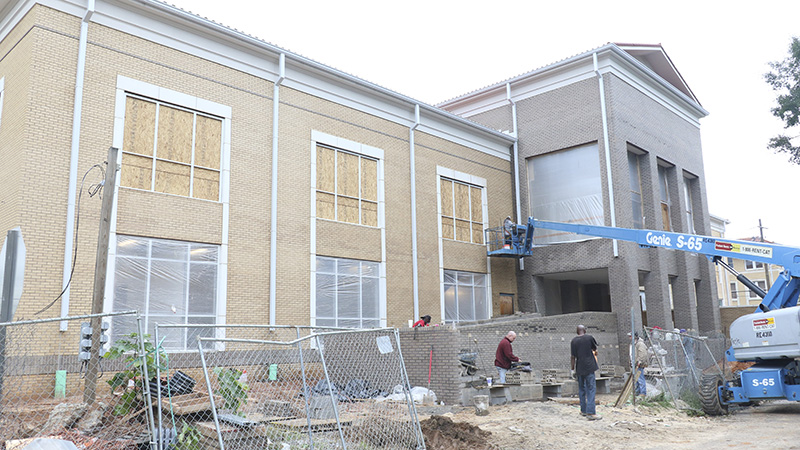 Courthouse file photo by Jeremy Pittari. Completion of the Pearl River County Courthouse annex has been pushed back again due to weather. This image of the structure from Julia Street shows a handicapped accessible entrance.

Construction of the new County Courthouse Annex has again been slightly delayed, although the building is nearing completion.

The new County Courthouse Annex is expected to be complete in late February, said County Administrator Adrain Lumpkin. When ground was broken on the building in September 2018, the projected completion date was November 2019. Some of the construction delays are due to weather, according to previous coverage.

The Pearl River County Board of Supervisors accepted the lowest bid of $48,577 for shelving in the new County Courthouse Annex Thursday. The shelving is from Filing and Storage of Mississippi and will be installed in the Chancery Court vault.

The county has a $7.2 million contract with Hanco Corporation to complete the annex and so far has paid $6.1 million, said Lumpkin.

Lumpkin confirmed that so far the only unexpected expense in the project is the need to replace built-in office furniture in the Chancery Clerk’s office that was ill suited to the staff’s needs.

It is unclear whether the county will be responsible for paying for the replacement furniture, according to previous coverage.