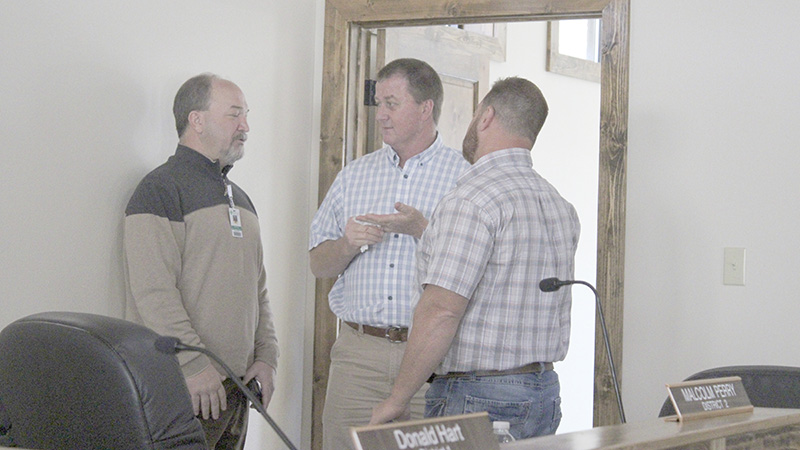 The Board entered executive session to discuss the matter.

After the executive session, Board President Sandy Kane Smith said the lease was not finalized during that meeting because the two parties are still working on the language.

Hospital employees in attendance at the meeting asked if the Board had considered their accumulated paid time off and if they had worked out a way to avoid lapses in insurance.

Smith responded with “some of those things,” could still be adjusted in the language of the lease, and should be addressed in a staff meetings planned for Friday.

County attorney Joe Montgomery said the lease is progressing but not complete, so the Board does not have anything to report at the moment. During the meetings planned for Friday with employees and Forrest Health representatives, hospital employees will learn more about the planned administrative change, Montgomery said.

Montgomery told the employees in attendance that they “may feel better” about the administrative changes after Friday’s meetings.

“The Board has done all they can to protect everyone. After that, a lot will depend on people doing their jobs and continuing to do their job, and after that it should all work out,” Montgomery said.

District III Supervisor Hudson Holliday said the future of employees is a prime concern for the Board, and he believes employees will be happy with the planned administrative change.

Highland Community Hospital regional administrator Bryan Maxie attended Thursday’s meeting but declined to comment on the lease at this time. Maxie confirmed for the Board that an HR person from Forrest Health will be at the meetings with Pearl River County Hospital staff on Friday.

Jennifer McNease, director of nursing, was one of the employees in attendance.

“We’re very excited to see what direction Forrest General takes us, but we are disappointed at the lack of transparency from the supervisors and the county administrator,” McNease said.

The county owned hospital is currently run by a Board of Trustees who are appointed by the Board of Supervisors, according to previous coverage. Forrest Health owns Highland Community Hospital in Picayune and plans to create an advisory board for Pearl River County to help manage the hospitals in Picayune and Poplarville, according to previous coverage.